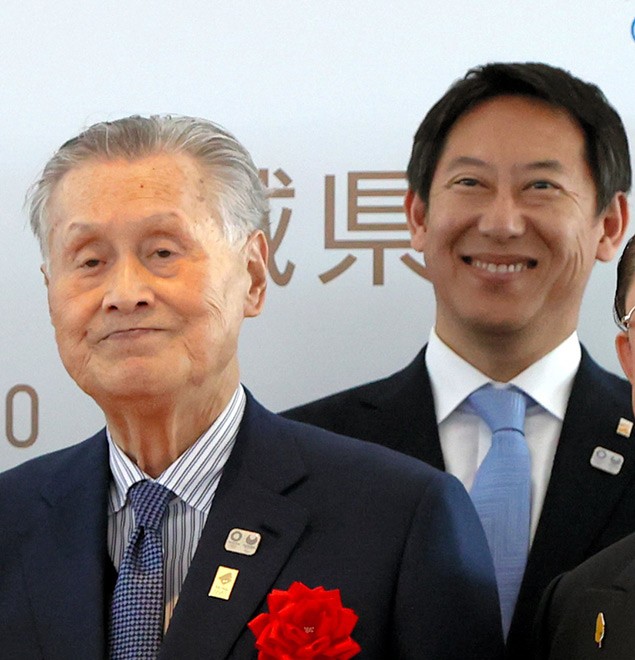 CHIBA--Toshihito Kumagai's landslide victory on March 21 in the Chiba gubernatorial election reflected a clear rejection by voters of long-standing practices of the ruling Liberal Democratic Party.

The election was called following Kensaku Morita’s decision not to seek re-election after serving his third four-year term as Chiba governor.

In his first Chiba gubernatorial election, Kumagai, 43, a former Chiba mayor, beat seven candidates, including Masayuki Seki, 41, a former member of the LDP’s Chiba prefectural assembly caucus, to become the first Chiba governor in 12 years not having belonged to the LDP.

But the grounds for Kumagai's victory in the election were already laid last autumn, when the LDP’s Chiba prefectural chapter failed to field Daichi Suzuki, the former commissioner of the government’s Japan Sports Agency, as its candidate.

The prefectural chapter was then planning to officially endorse Suzuki, a gold medalist in swimming at the 1988 Seoul Olympics, believing that both the LDP chapter and the party’s Chiba prefectural assembly caucus would rally behind him.

Suzuki had also told the chapter that he was interested in running in the election.

But he backed out after Yoshiro Mori, then president of the 2020 Tokyo Olympic and Paralympic organizing committee, opposed his candidacy at a meeting with a prefectural chapter official and others in Tokyo.

“He (Suzuki) knows too little about elections,” Mori, an LDP heavyweight, was quoted as saying by the officials. “He is unfit (to be governor).”

Mori interfered in the process for choosing the chapter’s candidate for the election despite having no connection with Chiba Prefecture, leaving chapter members with an unpleasant aftertaste.

Mired in confusion, the chapter decided a month later to field Seki as a candidate capable of defeating Kumagai because of his youth and ability as a policymaker.

But Seki was not someone the LDP chapter and the party’s Chiba prefectural assembly caucus could rally behind as at least one LDP Diet member in the chapter was seeking to back Kumagai in the election.

The prefectural chapter was also criticized for picking the candidate “behind the scenes” without listening to opinions of voters in the prefecture.

To capitalize on high approval ratings for Prime Minister Yoshihide Suga’s Cabinet shortly after its inauguration, the chapter was determined to have LDP headquarters endorse Seki, who was not well-known among voters, as its candidate.

But that strategy backfired.

The LDP was hit by a series of political funding scandals and revelations that multiple members of the party wined and dined at establishments in Tokyo late at night when the nation’s second state of emergency was still in place.

Takaki Shirasuka, an LDP Lower House member elected from Chiba Prefecture, left the party after he was also found to have visited an expensive, members-only club in the capital during the state of emergency.

In another scandal, telecommunications ministry bureaucrats were revealed to have been treated to expensive meals by company officials, including Suga’s eldest son.

Upset by the string of scandals, the Chiba prefectural chapter tried to resort to its favorite strategy of garnering organized votes from its support base, but was hampered by restrictions on holding large-scale rallies amid the COVID-19 pandemic.

As the second state of emergency was extended twice for Tokyo and three neighboring prefectures, including Chiba, the chapter could not carry out much campaigning for the election until the date the vote was held and counting began.

The chapter tried to bring members of the LDP's Chiba prefectural assembly caucus together to rally behind Seki at a meeting of the caucus, but failed to turn things around.

In February, with less than a month until official campaigning kicked off, Mori resigned as chief of the Tokyo Olympic and Paralympic organizing committee over an uproar sparked by sexist remarks he made.

Mori was also criticized for trying to handpick his successor “behind the scenes.” The move quite likely reminded the public of the confusion in the chapter’s candidate selection process, casting a dark shadow on its election campaigns.

With the Lower House election scheduled to be held by this autumn, LDP Diet members are having a growing sense of urgency to determine how to regain the confidence and trust of voters.