Judo great Toshihiko Koga who never gave up dies at 53 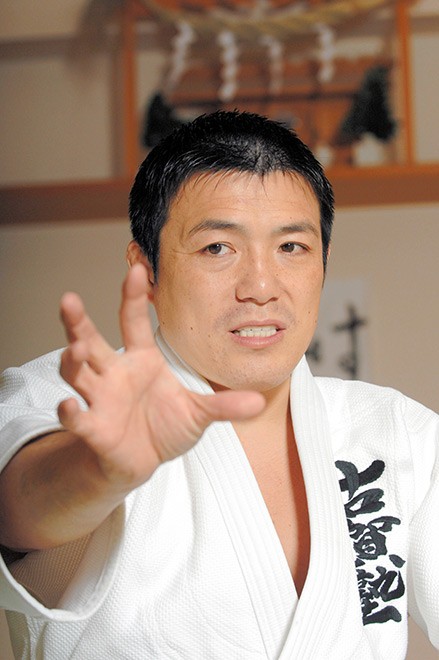 Toshihiko Koga, a judoka who won a gold medal in the 71-kg class at the 1992 Barcelona Olympics, in 2006 (Asahi Shimbun file photo)

Renowned judoka Toshihiko Koga, who fought through a serious knee injury to capture the gold medal in the 71-kg class at the 1992 Barcelona Olympics, has died from cancer, sources said on March 24. He was 53.

Koga was known for his finishing powerful one-arm shoulder throw, which earned him the nickname "Sanshiro of Heisei."

At the Barcelona Games, Koga was named captain of the Japanese Olympic delegation.

But shortly before the Olympics, Koga strained a ligament in his left knee during a practice session. He could not walk without holding on to someone’s shoulder and his fitness to compete seemed in doubt.

Still, Koga persevered to win the gold medal, in a gutsy performance that thrilled his nation.

Koga was born in Saga Prefecture. After graduating from elementary school, he entered the prestigious Kodo Gakusha judo school in Tokyo, honing his skills with the top judoka from around the nation.

At age 18, when he was a student at Nippon Sport Science University, Koga captured the Jigoro Kano Cup Tokyo International Judo Tournament.

He was favored to win the gold medal at the 1988 Seoul Olympics, but he lost in the third round.

Koga would rebound to win consecutive World Judo Championships in 1989 and 1991.

In the open-weight category at the 1990 All-Japan Judo Championships, Koga obliterated larger judoka in succession.

In the finals, Koga lost to Naoya Ogawa, who dominated the heavyweight division at the time, in a vigorously fought match that attracted widespread attention.

After his triumph in Barcelona, Koga would go on to win a silver medal in the 78-kg class at the 1996 Atlanta Olympics.

Koga retired from the sport in 2000 and became a coach.

He coached the national women’s team and helped guide Ayumi Tanimoto to win a gold medal at the 2004 Athens Games.

Koga was also active in promoting judo and developing future judoka. He opened the Koga Juku dojo in Kawasaki.

“I want to develop a judoka who is valuable to other people,” Koga often said.

In 2007, he became a professor at International Pacific University in Okayama Prefecture, where he was also general director of the women’s judo team.

He sought ways to incorporate a medical perspective into judo instruction.

When Koga was 40, he started studying at the graduate school of Hirosaki University in Aomori Prefecture and earned a medical degree.