SUMO/ Kakuryu hangs up his mawashi after long string of injuries 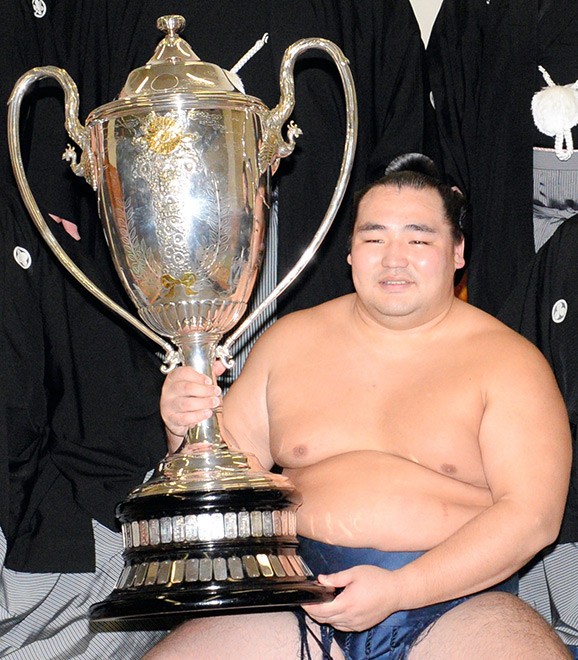 Oft-injured yokozuna Kakuryu has retired from the sport, the Japan Sumo Association announced on March 24.

Born in Mongolia, Kakuryu, 35, won six Emperor’s Cups, but has been noticeably absent from the dohyo due to a series of injuries in recent years. The ongoing March Grand Sumo Tournament is the fifth consecutive one he has sat out.

The Yokozuna Deliberation Council in November 2020 issued a rare “caution” to Kakuryu and fellow Mongolian yokozuna Hakuho for their frequent absences from competition.

Kakuryu has obtained Japanese citizenship, and the JSA has approved his becoming a stablemaster while using his ring name.

While he may have paled in terms of Emperor’s Cups to Hakuho, younger sumo wrestlers looked up to Kakuryu.

Maegashira No. 11 Chiyotairyu said, “He was smart, kind and strong in sumo. I have never seen a more perfect person.”

Kakuryu may have inherited his smarts from his father, a professor at a national university in Mongolia. Kakuryu can speak English and Russian and reads Japanese newspapers.

Chiyotairyu added that Kakuryu was the most proficient sumo wrestler when it came to playing online video games.

But Kakuryu’s gentleness outside the dohyo may have contributed to one of his weaknesses in his fighting style.

He had a bad tendency of moving backward and trying to pull down his opponent when faced with a difficult bout. This risky technique inevitably led to the opponent gaining forward momentum and driving out Kakuryu.

His six Emperor’s Cups is the least among the six yokozuna born outside of Japan, leading to the impression that he was not a particularly dominating grand champion such as Hakuho, the all-time top division championship leader with 44.

Kakuryu's career record in the makuuchi division was 645 wins and 394 losses.

(Kensuke Suzuki contributed to this article.)