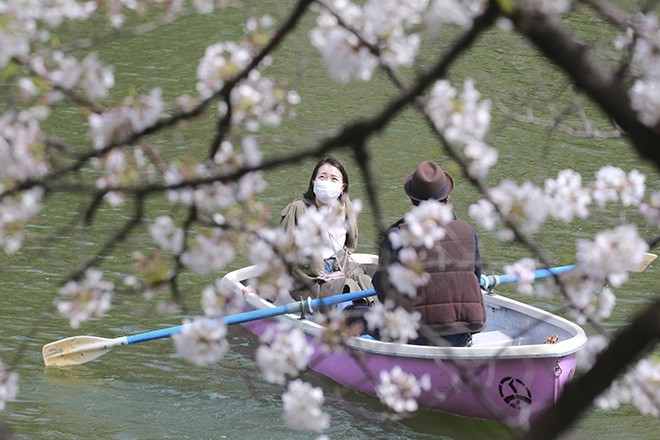 Tokyo on March 29 marked the 10th consecutive day when the number of new COVID-19 cases exceeded the week-earlier level, an indication the fourth wave of novel coronavirus infections has started.

There were 54 new patients aged 65 or older.

The number of serious cases stood at 40, down one from the previous day. Tokyo defines serious cases as those requiring a ventilator or an extracorporeal membrane oxygenation (ECMO) device, which circulates blood through an artificial lung.

The state of emergency was lifted on March 22 for the capital and three surrounding prefectures.

The number of new COVID-19 cases has been increasing in Osaka and other prefectures.