Disconnected: Pay phones to disappear from all bullet trains 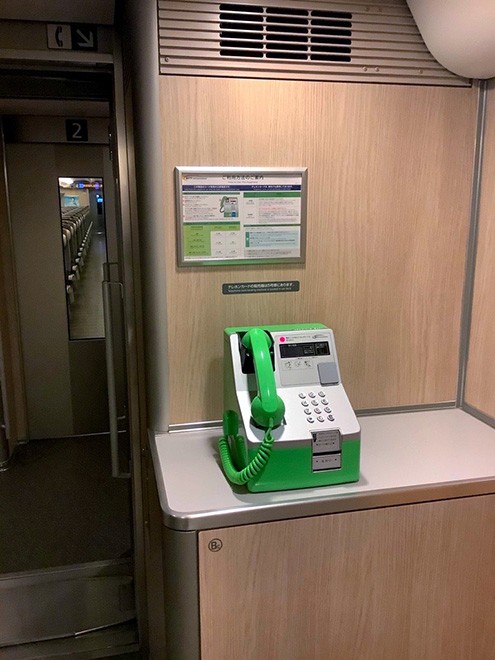 Japan Railway companies will remove all pay phones from Shinkansen bullet trains by the end of June, as times have certainly changed since the devices were introduced over half a century ago.

According to the JR companies, pay phones were first made available for bullet train passengers in 1965, a year after the Tokaido Shinkansen Line started operations.

Currently, all bullet trains are equipped with a pay phone, but their use has declined year after year as more people carry mobile phones.

In fiscal 2011, pay phones on Shinkansen trains operated under JR East’s jurisdiction were used about 250 times a day. The number dropped to about 30 in fiscal 2019.

Since December 2020, passengers have been able to use mobile phones on all legs of Shinkansen routes nationwide.

Some pay phones will stop operating after June 7, the companies said. June 29 will be the last day to make a call from a Shinkansen pay phone.

Passengers who want to make calls will be encouraged to “use their own mobile phones or use a pay phone before boarding the train,” the companies said.