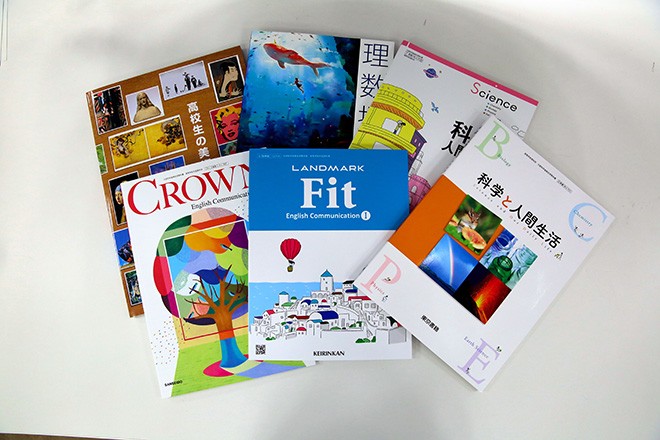 High school textbooks approved for use from spring 2022 (Rei Kishitsu)

In light of globalization, advances in information technology and now the novel coronavirus pandemic, it is not easy to predict the future of Japanese society, let alone the entire world.

Against this background, the high school curriculum guidelines scheduled for implementation in spring 2022 are aimed at grooming “creators” of a sustainable society who are capable of collaborating with people of diverse backgrounds and dealing with society’s transitions.

However, the results of high school textbook screening released by the education ministry on March 30 showed a gap between the stated education goal and reality.

Many comments were made to rewrite descriptions to reflect the government’s stance, mainly regarding territorial issues, but no questions were raised about the absence of opinions from the other parties.

We certainly are not against presenting the government’s position per se on territorial issues. But a new generation of Japanese need to know what their counterparts think and value if they are to be encouraged to “collaborate with people of diverse backgrounds.”

Both sides should identify their differences on the issues, exchange opinions and deepen mutual understanding. The more sensitive the issue, the more important this approach becomes.

Yet, those responsible for textbook screening had only one purpose in mind: Ensure the textbooks contain the government’s views.
Surely, this isn’t the best way to groom the “creators” of tomorrow’s society.

In the screening, objections were made to original passages that said Russia “effectively controls” or “virtually administers” Japan’s Northern Territories. The screening authorities said the passages could “mislead” students, and they were rephrased to the effect that the islands are under Russia’s “illegal occupation.”

But nowhere did the edited versions explain Russia’s counterargument.

On matters related to postwar compensation, an original passage that said “many problems remain unresolved,” referring to the treatment of those from Japan’s former colonies and the issue of so-called comfort women, was judged as inappropriate.

The part in question was rewritten to the effect that “the government considers the problems already resolved, but there are many problems.”

We hope that teachers will have the sensitivity to carefully guide their students about the “many problems.”

High school students are given the right to vote on their 18th birthday. Starting next year, 18-year-olds will be treated as adults, two years earlier than the current age of majority.

After graduation, they will start university, go abroad to study or join the work force, which will expand their contacts with people of diverse generations and nationalities.

It is the duty of adults to guide these teenagers through a smooth transition by ensuring they are armed with necessary knowledge and abilities to understand things from different viewpoints and dimensions.

A recently announced sample question for the new subject “Kokyo” (Public) in the Common Test for University Admissions was illuminating.

The question explained that there is more than one way to form a consensus in society, and depending on which way the student chooses, all the questions that follow had different correct answers.

In this day and age, we believe that is precisely the sort of education that must be sought.

If the textbook screening process is used as a tool for forcing a certain set of values on teenagers, it will only stunt their growth and debilitate the nation as a whole.