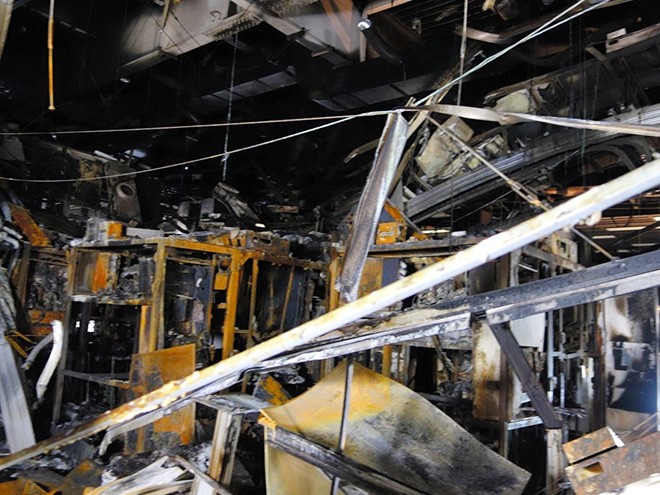 Chipmaker Renesas Electronics Corp. said it will take up to four months for microchip production to return to normal following a plant fire--a lengthy delay likely to prompt automakers to slash production plans.

Renesas said on March 30 that its microchip shipments will be halted for a month and half to two months from late April.

The company revealed that the fire damage at its Naka plant in Hitachinaka, Ibaraki Prefecture, on March 19 is much worse than previously believed.

That is more bad news for automakers already suffering from a chronic, industry-wide shortage of microchips.

More than 60 percent of the products affected by the fire are automotive chips.

The anticipated delay in the plant’s recovery is expected to force carmakers to review their production plans.

Koichi Sugimoto, an analyst with Mitsubishi UFJ Morgan Stanley Securities Co., projected that Japanese automakers would be forced to reduce output by as much as 1.1 million vehicles in fiscal 2021, or about 5 percent of the expected total.

But an official from one leading automaker said it is still too early to say.

“There are too many uncertainties to gauge the fallout from the fire,” a public relations official said.

Renesas initially said 11 machines became unusable in the fire. But the number rose to 23 after the company investigated the scope of the damage.

Some of the machines need to be replaced with new ones that have yet to be built, as secondhand machines are not available, according to Renesas.

The new equipment is not expected to be delivered to the plant until June at the earliest.

Renesas said it will first finish the goods already in the process of being made. It said it will run out of existing stock in late April.

The company plans to partly resume production around late April, eyeing at starting shipping in late May at the earliest.

But the first shipment is expected to be extremely limited in volume.

Renesas estimates that it will take the plant anywhere from 90 to 120 days from the date of the fire to return to normal operations.

(This story was written by Yasuro Suzuki and Kazutaka Kamizawa.)