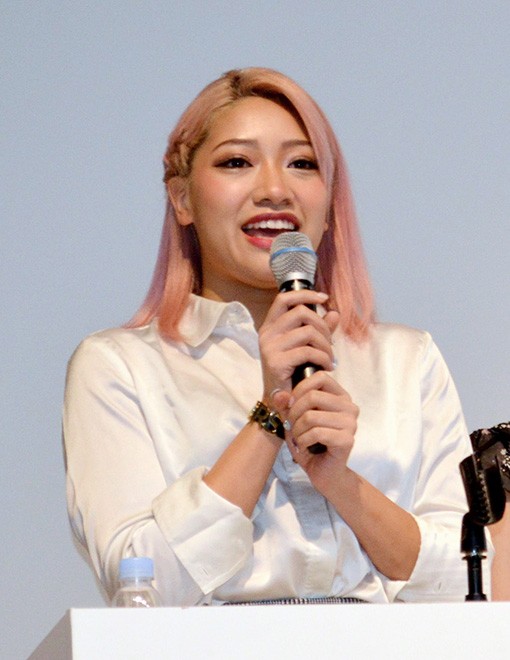 A broadcasting watchdog panel probing the suicide of "Terrace House" cast member Hana Kimura following cyberbullying ruled on March 30 that the show had "ethical problems" but did not violate her human rights.

The Broadcast and Human Rights Committee of the Broadcasting Ethics and Program Improvement Organization (BPO) also noted that the broadcaster took certain actions, including providing mental health care to Kimura, before the show was aired.

Kimura, a professional wrestler, joined the cast of “Terrace House” in October 2019. The reality TV show followed the daily lives and romances of three women and three men sharing a house.

Her social media accounts were flooded with anonymous defamatory comments after an episode of the show was streamed online on March 31 last year where she became angry at a co-star. Kimura killed herself on May 23 that year following the episode's broadcast on TV in the early hours of May 19. She was 22.

Fuji Television Network Inc., the broadcaster of the show, stopped airing and streaming subsequent episodes on Netflix and elsewhere following her death.

The BPO committee began its investigation by conducting interviews with those involved after Kimura’s mother, Kyoko, claimed that her daughter’s human rights had been violated by the airing of the episode.

The finding of “ethical problems” is the third gravest conclusion on the scale of 5 that can be reached by the BPO panel. The BPO committee ruled that the broadcaster lacked consideration for cast members’ mental well-being when deciding to air the episode in question.

The committee said that the show’s staff members knew of Kimura’s anxiety and mental suffering, but the show’s production chief at the Fuji Television Network did not contact Hana to check on her. The panel also noted that staff in higher positions failed to share that information or discuss the matter.

In its ruling, the BPO committee also urged the broadcasting industry to take voluntary measures to prevent a recurrence of such a tragedy, given that cast members of reality shows have a “much higher” risk of suffering from defamation than those on other kinds of shows.

The committee, however, concluded that the broadcaster exercised “some caution” when deciding to air the episode since the mental health care Kimura received from the show’s staff following the online streaming of the episode may have made her less likely to suffer from additional defamation by the TV broadcast.

The BPO committee also noted that it is difficult to confirm Kyoko’s claim that the show’s staff members instructed her daughter to slap her co-star on the cheek during the show. The committee ruled that the broadcaster did not go as far as forcing Kimura to act in a way that runs counter to her own personality.

Fuji Television Network released a statement, saying it takes the decision by the committee seriously and will reflect on it in its future production of TV programs.

‘RULING MADE ME FEEL SORRY FOR HANA’

Kyoko, 44, and a lawyer representing her held a news conference on March 30 after the BPO committee issued the finding.

“Today’s ruling made me feel sorry for Hana,” Kyoko said, referring to the rejection of her claim that her daughter’s human rights had been violated.

Kyoko added that she will again ask the BPO’s Committee for the Investigation of Broadcasting Ethics to deliberate on the matter.

In January, Kyoko sued a man in Nagano Prefecture for defaming her daughter on social media, seeking about 2.9 million yen ($26,100) in compensation.

Kyoko said at the news conference that she desperately wants to hold Fuji Television Network and the show’s production company responsible for her daughter’s death.

“It is utterly irresponsible for them to accuse only those who defamed her since they produced the show in a way to invite defamation against its cast members to boost viewer ratings,” she said. "I don’t want them to treat their cast members like figures on a chessboard but as human beings.”

Kyoko also said that she will establish a nonprofit organization called “Remember Hana” to eliminate online defamation and the violation of internet users’ privacy.

“I want to think with others about how to use social media to make everyone happy,” she said.

(This article was written by Takumi Ono, Kenro Kuroda and Takahiro Kawamura.)