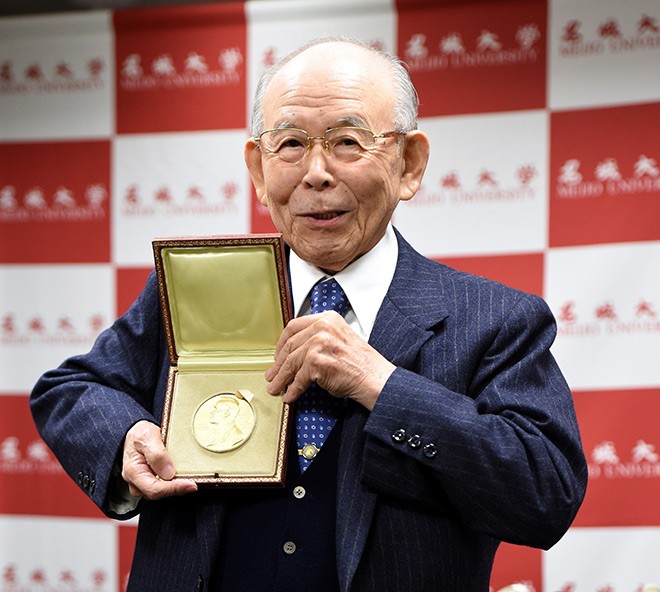 Japanese physicist Isamu Akasaki, co-winner of the Nobel Prize in Physics in 2014 for the development and application of blue light-emitting diodes, died April 1 of pneumonia. He was 92.

Akasaki, a special professor emeritus at Nagoya's Meijo University, began working with gallium nitride from the early 1970s viewing it as the catalyst for a potential energy-saving light source.

While other researchers gave up trying to create the appropriate crystals from gallium nitride, Akasaki and a graduate student Hiroshi Amano persisted until they came up with the crystal quality needed for the blue LED.

Amano, in a statement on April 2, said he owed everything to his mentor Akasaki.

“He taught me not only about the research, but how to act as a researcher and human,” Amano said.

Akasaki often referred to himself as a late bloomer, noting that many of his accolades, such as the Asahi Prize that he won in 2000, came after he turned 60. He was 85 when he won the Nobel Prize.

Akasaki was born in what is now Minami-Kyushu, Kagoshima Prefecture, in 1929 and graduated from Kyoto University.

He began his research at what is now Denso Ten Ltd. and Panasonic Corp. He later became a professor at Nagoya University where in 1985 he and Amano developed the gallium nitride crystal that a few years later was used to create the blue LED.