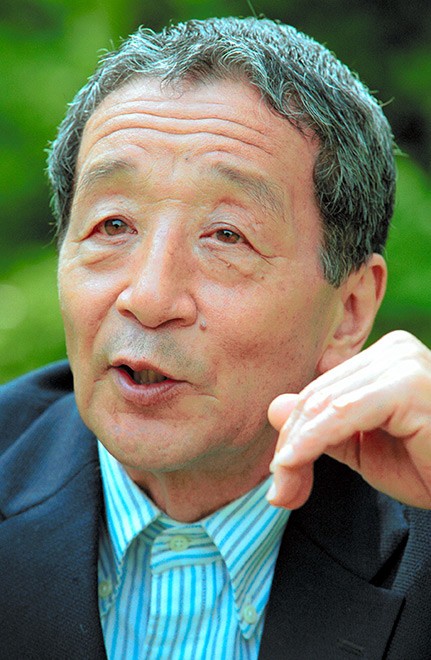 Actor Kunie Tanaka, who became a household name playing an awkward but devoted father in a long-running TV drama series, died of natural causes on March 24. He was 88.

Tanaka played Goro Kuroita in “Kita no Kuni kara,” which ran between 1981 and 2002. The TV drama followed the lives of a family in Furano, Hokkaido.

Prior to his breakout role, Tanaka served as a foil to some of the top movie stars of the 1960s and '70s.

He appeared in Akira Kurosawa’s “Sanjuro” as a  young samurai in a group that turned to Toshiro Mifune for help to counter clan elders with nefarious intentions. He also had a supporting role opposite Ken Takakura in “Abashiri Bangaichi” and appeared in a number of yakuza movies starring Bunta Sugawara.

But Tanaka is best remembered in Japan for his Goro Kuroita role and the integral role he played in the development of child actors Tomoko Nakajima and Hidetaka Yoshioka as a young sister and brother into adulthood.

Nakajima said she had nothing but gratitude for the way Tanaka made a point of staying in touch even after she reached adulthood.

Yoshioka said, “The only thing I can remember now is his smile.”

Sites in Furano used as background in the drama still attract fans from around the nation.

The TV drama was written by So Kuramoto, who said he decided to cast Tanaka instead of other leading actors because he wanted someone who evoke pathos on screen.