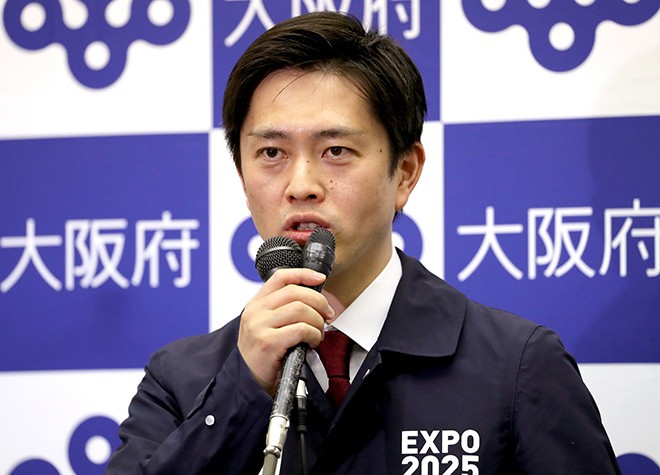 OSAKA--Osaka Governor Hirofumi Yoshimura said April 3 he was weighing his options in the event the Olympic torch relay cannot take place in Osaka city due to the novel coronavirus pandemic.

“Torch relay runners have been preparing with all their might for the past year or so,” Yoshimura said on a local TV news program. “We want to implement an alternative” to running on public roads.

After Yoshimura made the remarks, Osaka prefectural government officials confirmed there were a daily record 666 new COVID-19 cases on April 3.

Osaka city will come under pre-emergency measures to slow the spread of COVID-19 cases from April 5 until May 5 when the Golden Week of national holidays comes to an end.

During that period, bars, restaurants and other businesses will be asked to shorten their business hours.

This conflicts with the schedule for the Olympic torch relay, which is set to enter Osaka Prefecture on April 13 and the city the following day. Osaka prefectural authorities contend it would be difficult to go ahead with the torch relay in Osaka city, given the pre-emergency measures.

Officials of the Tokyo Olympic organizing committee acknowledged in February that there could be instances of the torch relay not taking place on public roads in certain localities that were under a state of emergency or where local government officials had requested residents to refrain from nonessential outings.