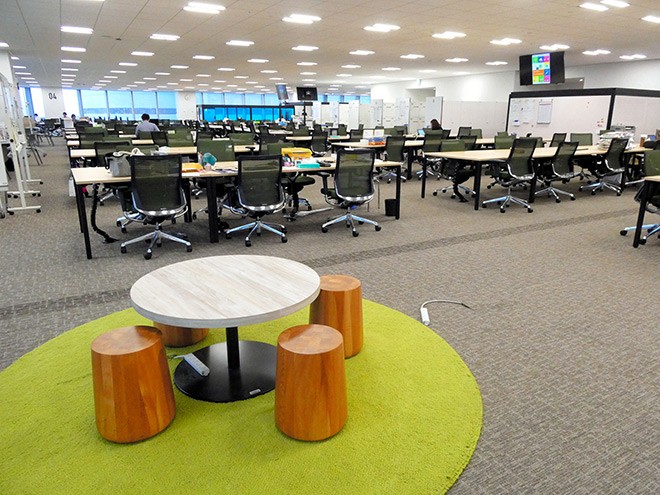 The government is considering introducing a four-day work schedule to promote more diversified work styles. This company office in Tokyo is mostly deserted because many employees are teleworking. (Asahi Shimbun file photo)

The government is considering introducing a four-day work week system to increase diversity in work styles amid the COVID-19 pandemic.

The ruling Liberal Democratic Party’s Headquarters for Promoting Dynamic Engagement of All Citizens, headed by Kuniko Inoguchi, will soon submit interim proposals on the new system, which would allow company employees to choose a four-day work schedule.

“It is important to promote more diversified work styles to balance work and private life, including child-rearing, nursing care and battles with disease,” Chief Cabinet Secretary Katsunobu Kato said at a news conference on April 5.

He added that the government will decide on its response after receiving the team’s interim proposals.

If accepted, the proposals will be reflected in the government’s new basic policy on economic and fiscal management and reform to be compiled as early as June.

Many companies in Japan have adopted teleworking and staggered commuting hours since the novel coronavirus started spreading around the country last year.

Based on interviews with companies that already adopted the four-day work week system, the LDP team says workers can benefit from the schedule when raising children, providing nursing care and participating in volunteer activities.

Some proponents also say the new work schedule would promote local revitalization by allowing more people to take second jobs in their hometowns or other areas outside big cities and engage in community activities a couple of days a week.

But others point out that some workers could lose 10 to 20 percent of their normal salaries under the four-day schedule. In addition, small and midsize companies with fewer employees may not be able to survive with the new system.

Some LDP members are proposing support measures for businesses that introduce the four-day work week system.

(This article was written by Taishi Sasayama and Ayako Nakada.)