Ministry dialing down 75% of payphones around Japan 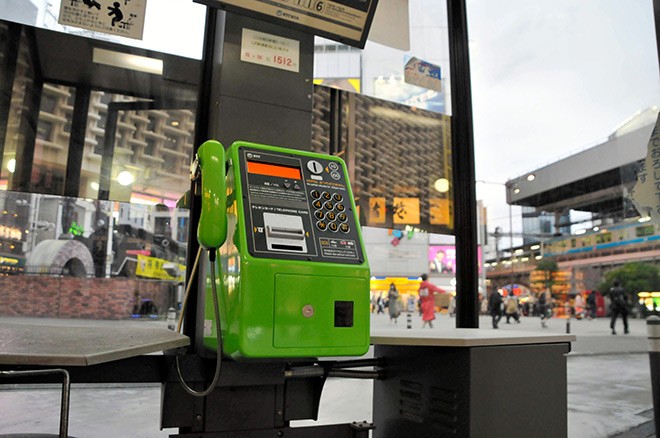 The telecommunications ministry plans to slash the number of payphones on the streets by roughly 75 percent to cut maintenance costs amid a plunge in users.

Currently, NTT East Corp. and NTT West Corp. have 109,000 payphones installed outdoors as required under the law. That number would be cut to 27,000 under the ministry’s draft proposal presented at an April 5 meeting of its expert panel.

The ministry plans to compile the proposal by late April after considering other legal revisions concerning public phones, including those for use in disasters installed mainly at evacuation centers. It will officially adopt the proposal as early as June.

The Telecommunications Business Law stipulates that one type 1 public phone, which, in principle, is required to be installed outdoors, should be placed per roughly 500 meters square in urban areas and 1 kilometer square in other regions.

Under the draft proposal, the requirement would be eased to one type 1 public phone per approximately 1 km square in urban areas and 2 km square in other regions.

Following the spread of mobile phones, the operators of payphones have posted continued losses due to a sharp drop in the number of users.

As a result, the number of type 2 payphones, which NTT East and NTT West install at places where they anticipate high demand, has dropped by more than 500,000 over the past two decades. A total of 151,000 type 1 and 2 public phones were installed as of fiscal 2019.