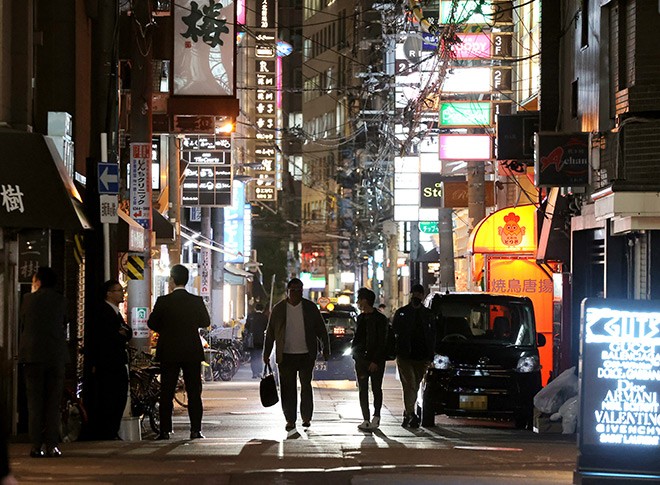 Osaka prefectural government officials said there were 719 COVID-19 cases on April 6, a daily record for the prefecture, marking the eighth consecutive day Osaka had more new cases than Tokyo.

Neighboring Hyogo Prefecture the same day reported 276 new cases, the most since the state of emergency for the novel coronavirus pandemic was lifted on March 1.

The surge in new infections in Osaka and Hyogo has led to pre-emergency measures being implemented for Osaka city and four cities in Hyogo Prefecture from April 5--Kobe, Amagasaki, Nishinomiya and Ashiya.

For the week ending April 6, the daily average of new cases was 396.9, a 9.8-percent increase over the previous week.

Forty-four patients displayed serious symptoms that require ventilators or an extracorporeal membrane oxygenation (ECMO) device, which circulates blood through an artificial lung. The figure represents a decrease of two from the previous day.