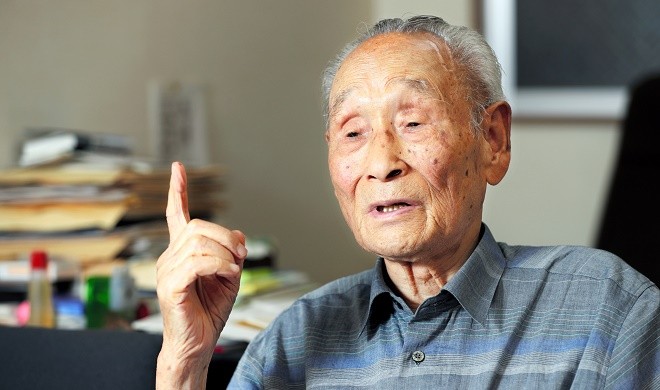 Lee Hak-rae’s decades-long battle for redress and compensation ended in vain. His life story raises serious questions about justice and good sense in this nation.

It demands that Japanese politicians search their souls on these questions. The Japanese people also need to reflect on how they overlooked their political leaders’ failure to take any action to redress the injustice.

Lee, an ethnic Korean who long sought compensation from the Japanese government after being convicted of war crimes, died last month. He was 96.

Born in 1925 in what is now Jeollanam-do province in South Korea, Lee started serving the Japanese military as a civilian employee at the age of 17 and worked as a guard at a prisoner of war camp in Thailand. His responsibility was to keep watch on captured soldiers of the Allies who were forced to work to build a railway in Southeast Asia.

The command of a higher officer was “absolute” and he was never told of the third Geneva Convention, which provides a wide range of protection for prisoners of war.

After the end of World War II, Lee was prosecuted on charges of abusing POWs, convicted as a Class B or C war criminal, and sentenced to death. After his death sentence was commuted, he was transferred to a prison in Tokyo and granted temporary release in 1956.

During the war, many people were mobilized from Korea and Taiwan, which were under Japanese colonial rule, as “Japanese.”

After the San Francisco Peace Treaty came into force in 1952, however, the Japanese government deprived people from former Japanese colonies of their Japanese citizenship with just an administrative notice issued under the name of a director-general at the Justice Ministry and made them ineligible for policy support from the government.

Japanese war criminals and their families were treated as victims of the war waged by the state and awarded military pensions and other benefits. But war criminals from former Japanese colonies received nothing but housing and meager financial support to help them earn a livelihood in the early postwar years.

The total number of such people was 321, according to official records. Lee was believed to be the last survivor of these individuals in Japan.

They were treated in a way that can only be described as totally unjust and unfair.

In addition, these people from former Japanese colonies convicted as war criminals also got the cold shoulder from their home countries. When they returned home, they were labeled collaborators of the militarist Japan and were not accepted into communities. Some committed suicide.

In 2006, the South Korean government, in a grossly belated move, finally took steps to redeem their honor. But prejudice against them is deep-seated and difficult to banish.

Lee, along with others in the same plight, filed a compensation suit with a Japanese court. While their requests for compensation and an official apology were turned down, the Tokyo High Court, in a 1998 ruling, called for “appropriate legislation for an early solution to the problem.”

The Supreme Court also expressed deep sympathy to the plaintiffs in a ruling that acknowledged the “serious and huge sacrifices and losses” they endured.

These court rulings, however, drew no substantial political response. In 2008, the former Democratic Party of Japan submitted a bill to the Diet to pay special benefits to them, but it was abandoned.

The Japanese government has refused to acknowledge the ordeals of these former war criminals and other problems that were not sufficiently or reasonably addressed by the 1965 war reparations agreement between Japan and South Korea, which was signed along with the treaty to restore formal diplomatic relations between the two countries.

The government’s refusal to tackle these problems on the grounds that they were settled by the agreement has been a factor behind simmering issues related to Japan’s colonial rule of the Korean Peninsula.

A nonpartisan group of Diet members including lawmakers of the ruling Liberal Democratic Party has worked out a bill to pay 2.6 million yen ($23,680) to each of the former war criminals based on the 2008 DPJ bill. But there is no prospect for the introduction of the bill because of high political hurdles.

The members of the nonpartisan group turned their meeting scheduled for April 1 within the Diet building into a memorial gathering for Lee.

All Japanese who love their country should pay attention to what was said by the people whose lives went awry because of Japan’s actions.