Semiconductor shortage on the agenda when Biden, Suga meet 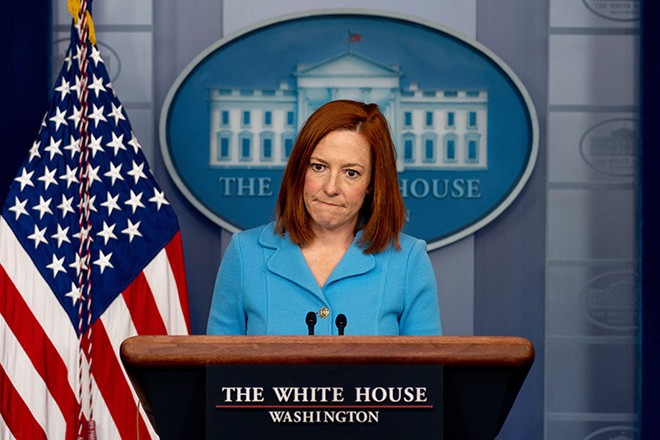 White House press secretary Jen Psaki takes a question at a press briefing at the White House on April 8 in Washington. (AP Photo)

“I certainly expect semiconductors and the shortage to be a part of" the discussion between U.S. President Joe Biden and Japanese Prime Minister Yoshihide Suga when they meet on April 16 in Washington, D.C., Psaki said.

The issue of securing semiconductor chips has become increasingly important in terms of security strategy against China.

Psaki said the director of the National Economic Council and the National Security Advisor will lead a meeting with private sector companies to discuss the issue.

“This is something that there is a great deal of focus on at the highest level across government,” Psaki said.

Semiconductor chips are in scarce supply because the novel coronavirus pandemic has disrupted the normal supply and demand balance.

The March 19 fire at a major factory owned by Renesas Electronics Corp. in Hitachinaka, Ibaraki Prefecture, has worsened the shortage, dealing a blow to the automotive industry.

General Motors Co. announced on April 8 that it will halt production at more of its plants due to the supply crunch.

If the situation continues, the issue may become a drag on the Biden administration’s plan to revive the pandemic-hit U.S. economy.

Biden signed an executive order in February to address the issue, with the aim of securing supply chains of semiconductors and other key materials by working with allies.