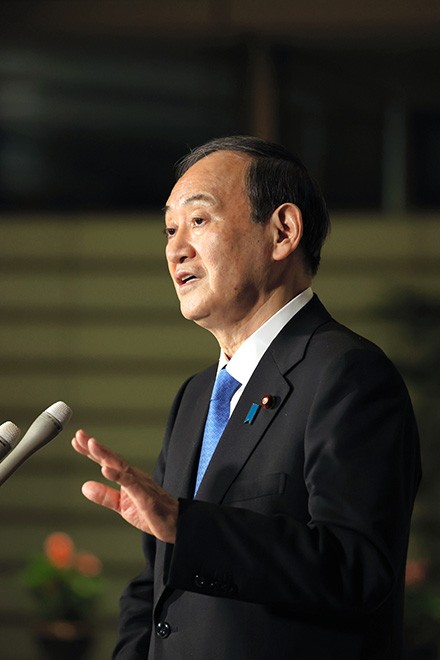 Kyoto city and municipalities in Okinawa Prefecture joined Tokyo as places that will come under the central government’s pre-emergency measures on April 12 to battle the novel coronavirus.

A panel of experts handling the COVID-19 pandemic agreed to the measures on the morning of April 9, and the government task force approved the designation later the same day.

“We will strive to restrain another surge in infections to prevent an even larger spread in the future,” Yasutoshi Nishimura, the state minister in charge of economic revitalization who also leads the central government’s response to the pandemic, said at the experts’ panel meeting.

Tokyo Governor Yuriko Koike was expected to designate the 23 wards of the capital as well as six cities in the western part of Tokyo as the areas to be covered by the pre-emergency measures.

Kyoto city will be the only municipality to be covered in that prefecture, while the measures will apply in nine cities in Okinawa, including the capital of Naha.

The measures are expected to go into effect on April 12 for all three prefectures. But Tokyo will be asked to keep the measures in place until May 11, while Kyoto and Okinawa will likely end the measures on May 5.

The government task force meeting was expected to ask the three governors to call on local residents to refrain from unnecessary travel to other prefectures.

Bars and restaurants in the three prefectures will be asked to close operations at 8 p.m., and money will be paid to businesses that cooperate.

Governors will also be asked to strengthen monitoring of bars and restaurants to ensure they are taking infection prevention measures, such as installing plastic panels between seats and tables.

The pre-emergency measures are already in place for cities in Osaka, Hyogo and Miyagi prefectures.

The COVID-19 state of emergency for Tokyo and three surrounding prefectures was lifted about three weeks ago. But the neighboring prefectures have not sought designation for the pre-emergency measures.

Prime Minister Yoshihide Suga on April 8 told reporters that flexible steps would be taken while continuing discussions with the three neighboring prefectures regarding whether pre-emergency measures are needed.

Koike initially wanted to wait at least until after the weekend before deciding whether to ask for the pre-emergency measures.

But new COVID-19 cases in the capital exceeded 500 on both April 7 and 8, and the surge in infections in the Kansai region has been largely tied to mutant strains of the novel coronavirus.

Tokyo decided to ask for the pre-emergency measures to prevent what is happening in Osaka from occurring in the capital.