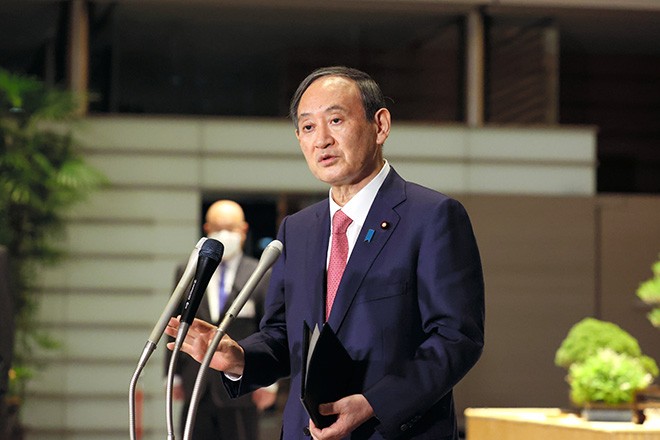 Seventy-six percent of voters believe the government’s pre-emergency measures are “not enough” to halt the spread of COVID-19, and the same ratio said the vaccination program was running “slow,” an Asahi Shimbun survey showed.

The nationwide telephone survey was conducted on April 10 and 11 after the pre-emergency measures were applied for municipalities in the three prefectures of Osaka, Hyogo and Miyagi on April 5. They were also applied in Tokyo, Kyoto and Okinawa prefectures on April 12.

Only 16 percent of respondents said these measures, equivalent to those under a state of emergency, are “enough” to prevent the new surges in virus infections in those areas.

Among respondents who approve of the Suga Cabinet, 66 percent said the pre-emergency measures are “not enough.” Moreover, 90 percent of voters who disapprove of the Cabinet were pessimistic about the measures.

Twenty-nine percent of respondents gave a high evaluation for the government’s responses to the new coronavirus pandemic, compared with 61 percent who gave low marks.

The latest survey broke what had been improvements in the public’s view of the government’s efforts to deal with the health crisis. In the February survey, 31 percent of respondents gave a high evaluation, followed by 35 percent who did so in March.

The April 10-11 survey contacted 1,157 fixed telephone numbers of households with at least one eligible voter and 2,006 mobile phone numbers of voters, both selected at random by computer.