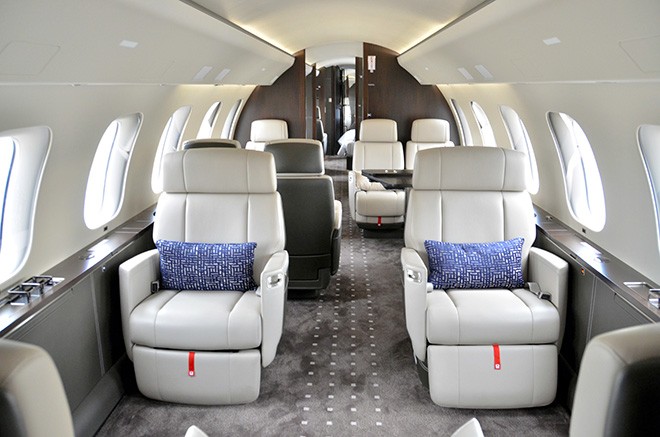 The interior of a large business jet (Takehiro Tomoda)

Airlines say demand for private jet flights is soaring among wealthy and corporate customers in Japan amid the novel coronavirus pandemic because the service lets them save on travel time and avoid crowds.

“We are seeing a 10 percent increase in concluded contracts for chartered flights during the pandemic compared with before it began, and a 30 percent increase in inquiries about our services,” Jun Katagiri, a director with an ANA Holdings Inc. subsidiary that charters corporate jets, told prospective customers at a meeting in Tokyo on April 9.

He said companies are chartering business jets to send their employees overseas to restart factories that halted operations during the public health crisis. The flights are also being used to bring employees back from developing countries, as regular flights between Japan and those places have been reduced amid the pandemic.

A big part of that has to do with safety concerns.

A corporate jet typically carries only several passengers, unlike commercial aircraft that have hundreds aboard. Some airports also have dedicated terminals for business jets, allowing customers to avoid congestion.

Customers are typically limited to the well-to-do and corporate clients, however, due to the exorbitant fees.

Japan typically has fewer charter jet customers than in the United States and European countries because it is geographically small and has well-developed public transportation systems.

The high costs of parking jets at Japanese airports have also contributed to stagnant demand for them.