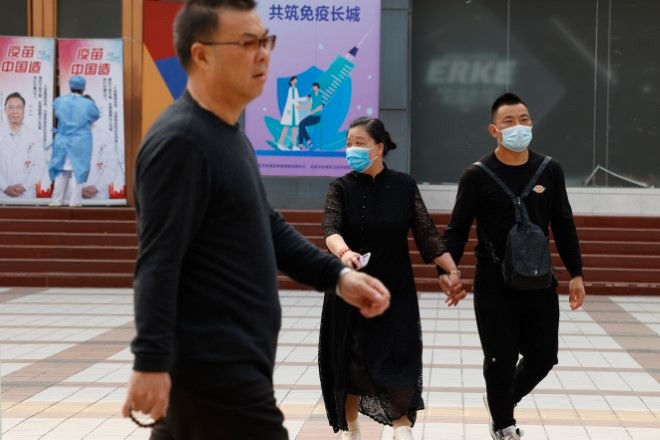 BEIJING--Indonesia’s government says it is satisfied with the effectiveness of the Chinese coronavirus vaccine it has been using, after China’s top disease control official acknowledged that current vaccines offer low protection against the virus.

Siti Nadia Tarmizi, a spokesperson for Indonesia’s COVID-19 vaccine program, said Monday that the World Health Organization had found the Chinese vaccines had met requirements by being more than 50 percent effective. She noted that clinical trials in Indonesia for the vaccine from Chinese drugmaker Sinovac showed it was 65 percent effective.

“It means... the ability to form antibodies in our bodies is still very good,” she said.

Researchers who conducted Sinovac’s clinical trials in Brazil released new data Monday that confirmed the company’s previously announced efficacy rate of about 50 percent. The paper, which was published on a website for scientists and has not yet been peer reviewed, showed that the vaccine was 50.7 percent effective against symptomatic COVID-19 cases and much stronger against severe ones.

Gao Fu, the head of the Chinese Center for Disease Control and Prevention, said at a conference Saturday that existing COVID-19 vaccines had low effectiveness rates and mixing vaccines is among strategies being considered to boost their effectiveness. Those comments appeared to run counter to China’s official narrative that has tried to promote the country’s vaccines and at times discredit its Western counterparts.

China has distributed hundreds of millions of doses of domestically made vaccines abroad and is relying on them for its own mass immunization campaign.

Tarmizi said Indonesia would wait to see the results of any clinical trials before considering mixing vaccines.

“We are going to wait, waiting for the clinical trial to ensure the idea or innovation will have better effectiveness, immunogenicity, and efficacy level compared to the current condition,” she said.

Experts say mixing vaccines, or sequential immunization, might boost effectiveness. Researchers in Britain are studying a possible combination of the Pfizer and the AstraZeneca vaccines.

China currently has five vaccines in use in its mass immunization campaign, three inactivated-virus vaccines from Sinovac and Sinopharm, a one-shot vaccine from CanSino, and the last from Gao’s team in partnership with Anhui Zhifei Longcom.

The effectiveness of the vaccines range from just over 50 percent to 79 percent, based on what the companies have said.

Pfizer and Moderna’s vaccines, which are primarily being used in developed countries, have both been shown to be about 95 percent effective in protecting against COVID-19 in studies.

As of April 2, some 34 million people in China have received the full two doses of Chinese vaccines and about 65 million received one, according to Gao.

Globally, public health experts have said that any vaccine that is 50 percent effective would be useful, and many governments have been eager to use Chinese vaccines as rich countries around the world have snapped up shots from Pfizer and Moderna.

“China has provided anti-pandemic material assistance to more than 160 countries and international organizations,” Wang said at a conference to promote the image of the central city of Wuhan, where the virus was first detected in late 2019.