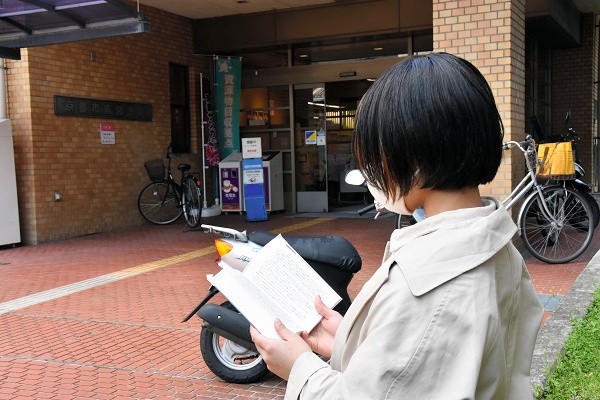 A young woman who lives in Kyoto was an elementary school third-grader when she was forced to start taking care of her grandmother, who was showing signs of dementia.

With the girl's lack of sleep, she started struggling to get up in the morning. Soon, she started missing school and staying home to care for her grandmother.

The woman, now 22, is not alone in her experience, as shown by a national survey conducted by the health ministry for the first time to comprehend and address the plight of young caregivers.

One in 20 children who attend junior high and senior high schools are assuming a caregiver role at home, according to the survey released on April 12.

In many cases, these young caretakers feel isolated and struggle to remain committed to their schooling, the survey showed.

In the Kyoto woman's case, since both her parents worked, the responsibility to care for her grandmother fell to her when they were away.

Her grandmother's dementia quickly progressed. In the middle of the night, the girl had to coax her grandmother to stop eating food without being able to verbally communicate the request.

After her grandmother's death, her father quit his job because his pre-existing health condition worsened when she was in her second year of high school.

His medical bills put the family in a financial bind.

The high school student started working as a part-timer at a convenience store and a cafe to help make ends meet.

When her mother became ill, she even had to keep up with the housework.

It became impossible for her to focus on her studies. She eventually gave up the idea of entering a national university that she hoped to attend.

Instead, she entered a private university, where a professor told her, “It is OK. You can ask for help.”

She then told the professor the constant burden she had felt for the first time: “Students around me have the time and money that they can spend on themselves. But why do I have to work part-time jobs so desperately?”

The professor advised her to apply for a scholarship. It was granted, and she started using the money along with a student loan.

That allowed her to work fewer part-time hours and focus on her studies.

“When there is a child who has to take care of (family members) like myself, I want people to tell the child that it is OK to take care of his or her own life, too,” she said.

ALMOST 100,000 STUDENTS ESTIMATED TO BE CAREGIVERS

Some of the students said they took care of not only their grandparents and parents but also their younger siblings, including babies.

The survey showed that 61.8 percent of the second-year junior high school students who said they took care of a family member named a sibling as that person.

Among the second-year high school students who said they took care of a family member, 44.3 percent said the person is a sibling.

More than 10 percent, both junior high school and high school students, said they spent more than seven hours a day caring for a family member.

Students in a single-parent household tend to take care of their parents and siblings on their own, the survey found.

Many said they did not have enough time to study and do their homework, not to mention having time for themselves.

Less than 10 percent, both junior high and high school students, said they utilized a welfare service such as a home helper.

(This article was written by Ryuichi Hisanaga and Atsuko Hatayama.)