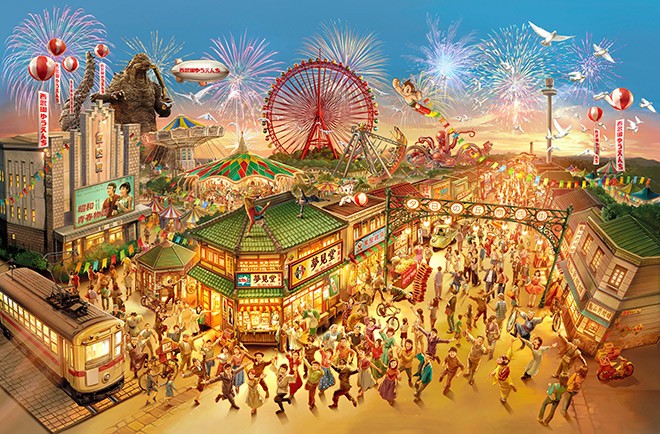 TOKOROZAWA, Saitama Prefecture--The world's first Godzilla ride will take passengers along to see a fierce clash fresh off the silver screen at the renovated Seibu Amusement Park here when it opens on May 19.

Seibu Railway Co. announced the reopening date for the theme park on April 13.

The "Godzilla the Ride" attraction, designed by director Takashi Yamazaki, known for the “Always--3-chome no Yuhi” (Always--Sunset on Third Street) series, and other creators, lets visitors ride vehicles bearing a special armored car motif where they can witness a fierce battle between Godzilla and King Ghidorah up close.

Seibu Amusement Park, which opened in 1950, attracted about 1.94 million visitors at its peak in fiscal 1988.

But the number of visitors has dropped below 500,000 annually in recent years due to its aging facilities and other reasons. In fiscal 2019, it welcomed 380,000 visitors.