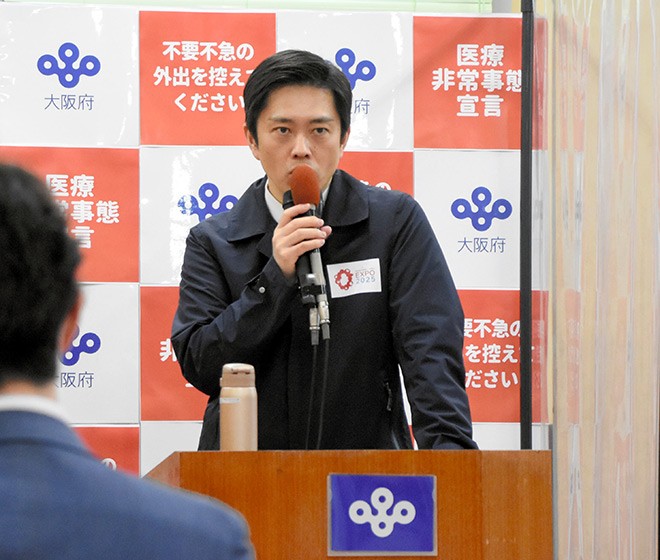 OSAKA--Fresh COVID-19 cases continued to climb here as prefectural government officials announced there were a record 1,130 cases on April 14.

The figure follows the record 1,099 confirmed in the prefecture the previous day.

The number of fatalities from COVID-19 rose to 1,234 as seven more deaths were reported on April 14.

There have been a total of 63,242 cases so far in Osaka Prefecture.

Meanwhile, Osaka Governor Hirofumi Yoshimura on April 14 said he would ask public schools in the prefecture to refrain from extracurricular activities to prevent COVID-19 case clusters.

Meeting with reporters, Yoshimura said, “We will put further efforts into protecting children from variant strains at school.”

He added that a prefectural government task force meeting would be held later the same day to make a formal decision.

Regarding games with other schools for sports teams at the schools, Yoshimura said such decisions would be left up to each school on condition that thorough infection prevention measures were implemented.

He said the request would likely cover a period until May 5 when the pre-emergency measures to prevent a further spread of novel coronavirus infections is set to end for Osaka city.

Yoshimura said he would not ask schools to close since the effects from such a move would be major.