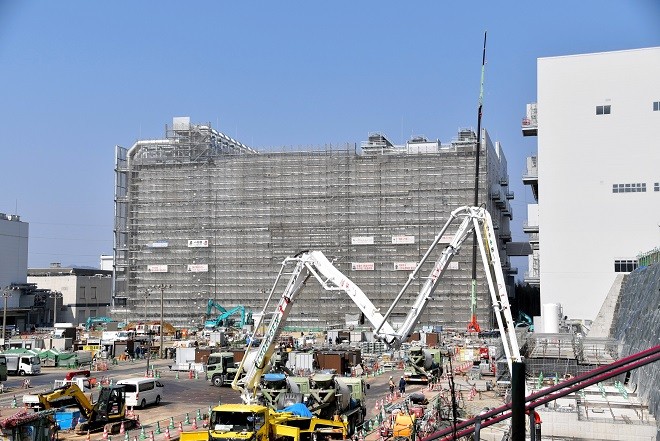 Many Japanese companies have been alarmed by the moves and countermoves being played out in the economic tussle between the United States and China, leaving them uncertain as to how to proceed.

Government officials were trying to tamp down such concerns.

At a news conference in November, Hiroshi Kajiyama, the economy minister, said, “There is no need to be excessively withdrawn and go beyond what various nations are asking in terms of export control.”

His remarks came about two weeks before a Chinese export control law was to take effect and were meant to calm concerns among Japanese companies uncertain about what effect that law might have.

Two months earlier, Japanese companies were stunned when the then Trump administration restricted exports of products to Huawei, the Chinese telecommunications giant.

Sony Corp. was forced to suspend all exports of image sensor semiconductors to Huawei that would have been used in its smartphones and digital cameras.

According to analysts, Sony sells close to 200 billion yen ($1.8 billion) worth of products annually to Huawei. Overall, Japanese companies sell about 1 trillion yen in products to Huawei, equivalent to about one month’s worth of all Japanese exports to China.

Sony gathered all its staff with knowledge about trade law to enter into negotiations with the U.S. Commerce Department. In November, the U.S. government allowed Sony to resume some transactions with Huawei, but company officials said that would not likely last for long.

“There is a sense of frustration because there is very little we in Japan can do when it comes to a major issue between the United States and China,” a Sony executive said.

During the 1970s and 1980s, Sony was involved in major trade friction with the United States. But the executive said the current confrontation between the United States and China is totally different because it involves the national security of the two nations.

For Japan, China has been its largest trading partner since 2007. The United States may be an ally, but it comes in second in terms of trade.

But he added that the situation facing Japanese companies is incomparably more difficult than past trade friction with the United States because “if they cross the red line (of export restrictions imposed by the United States and China) they could face the end of their operations.”

In June 2020, Keidanren (Japan Business Federation) began discussions on economic security within its planning section of the Foreign Affairs Committee.

“We want to clearly define the position of economic security within the overall national security picture and also designate what is considered sensitive technology," said Takeo Obayashi, chairman of the committee and general contractor Obayashi Corp. chairman. "Companies would be unable to act unless such matters were made clear.”

TRYING TO FIND BALANCE WITH CHINA

Given the important position China occupies for the Japanese business sector, the efforts to cooperate with Washington have only been grudgingly made.

Government officials realized that more emphasis would have to be placed on the ties between national security and the economy when the then Trump administration in 2018 called on U.S. allies to not use products made by Huawei.

According to sources, Prime Minister Yoshihide Suga, who was then chief Cabinet secretary, took a cautious approach to Washington’s request.

“There are many factories in Japan that supply parts to Huawei and there would be an effect on the local employment picture,” Suga told his close associates.

But eventually after revelations emerged about illegal wire-tapping by China, the government was pushed to remove Huawei products from the government procurement program.

In April 2020, a new economic team was set up under the National Security Secretariat to serve as the command center over economic security policy cutting across ministerial lines.

In August 2020, a new law was passed to encourage domestic development and abiding by national security guidelines in the sectors of 5G mobile communications technology and drones.

The Suga Cabinet in late March approved legislation that would limit purchases by foreign companies of real estate considered important from a national security standpoint, such as sites of defense facilities or outlying islands. The government is seeking to gain passage in the current Diet session.

But unlike the United States, none of the recent moves by Japan clearly state that China is the intended target.

Suga himself has said that such moves “do not have the objective of excluding specific companies or products.”

One high-ranking administration official said, “In terms of the economy, Japanese companies depend on China. The only way we can proceed is to restrain the sense that China is being targeted and implement specific policies to ensure technology and information is not stolen.”

But in the March meetings between the foreign and defense ministers and their U.S. counterparts, the government went along with the U.S. approach of dealing with China, leading to harsh criticism from Beijing.

One government source said the meeting in Washington between Suga and U.S. President Joe Biden on April 16 could serve as a turning point in deciding how to deal with China from now.

“There will be a need to think seriously about how to effectively manage what will surely become a much longer and more difficult relationship with China by taking into consideration both the national security challenges as well as the economic relationship with Beijing,” the source said prior to the meeting.

In the joint statement of the summit, the two leaders said, "We will also partner on sensitive supply chains, including on semiconductors, promoting and protecting the critical technologies that are essential to our security and prosperity."