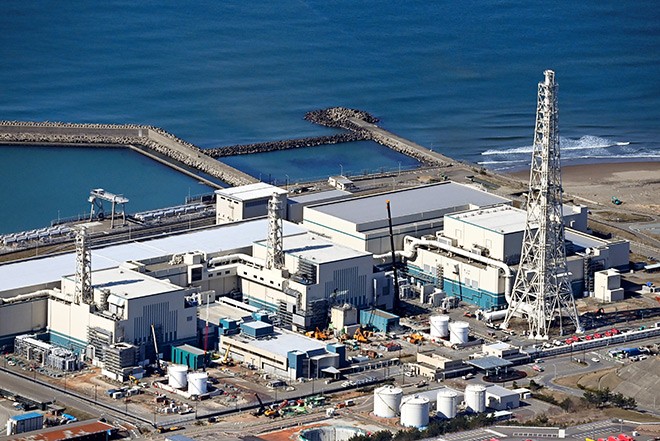 The order, which effectively blocks TEPCO from restarting the idled plant in Niigata Prefecture, will be lifted only when the operator corrects the security measures at the plant sufficiently to persuade the NRA to do so.

“(TEPCO) should take it seriously that it was given the order with no time-frame (for it to be lifted)," NRA Chairman Toyoshi Fuketa said at a news conference on April 14.

Tomoaki Kobayakawa, TEPCO's president, visiting Niigata Prefecture the same day, said, “For now, at least, we are not at the stage to be able to foresee the restart of the nuclear reactors.”

Inspections at the plant by the NRA and an internal probe by TEPCO to investigate a string of security flaws in the plant's anti-terrorism measures and find corrective measures are expected to take more than a year, making it impossible for TEPCO to load fuel into the plant's reactors to restart them.

Security devices installed to detect unauthorized entry at the nuclear plant had failed to properly function at 15 locations since March 2020, the NRA found. At 10 of those locations, the devices were unable to detect illicit entries for more than a month.

The NRA on April 14 also issued strong written or oral warnings to three senior officials of its Secretariat, including Secretary-General Toru Ogino, due to their failure to notify the NRA immediately about the illicit entry after TEPCO reported it to them.

The NRA has instructed TEPCO to report back to it on the results of the power company's internal investigation into the security lapses at the nuclear plant and measures it will take to prevent a recurrence by Sept. 23. The NRA will interview TEPCO employees and management up until that time.

After TEPCO makes its report to the NRA, the NRA will follow up over a couple of months to verify if the plant operator has taken the measures to safeguard nuclear materials as listed in the report.

Based on those results, the NRA will judge whether TEPCO’s preventive measures are functioning sufficiently.