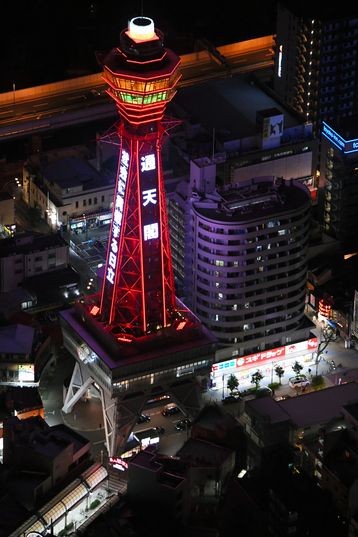 Osaka Prefecture is staring at a major health care nightmare as new COVID-19 cases are bouncing back with a vengeance.

Presiding over the crisis requires close and effective cooperation between medical institutions and the government.

Another wave of novel coronavirus infections is spreading in Japan, with Osaka emerging as the main hot spot. The health care system in the western Japanese prefecture is in danger of bursting at the seams.

Severely ill patients have outnumbered hospital beds secured for treatment of such people in the prefecture. The prefecture is managing to avert a catastrophe by having patients in serious conditions treated at medical institutions designated to take care of only those with minor or medium symptoms.

The beds are full at the hospitals sufficiently equipped to handle serious cases.

The prefectural government has asked the some 60 hospitals currently accepting patients infected with the new coronavirus to stop treating certain other cases to make more beds available for COVID-19 patients. In response to the dire situation, emergency medical care facilities in the prefecture have become more strict about whom they admit to the hospital.

Even if there are enough beds available, they are useless unless there are also sufficient health care workers and equipment to treat patients.

While most parts of the nation are struggling with their own problems, local administrations with some, or even a few, spare resources, as well as the national government, should give support to Osaka by, for example, dispatching doctors and nurses.

It is also vital to take additional measures to curb the growth of new cases.

After asking restaurants and bars to shorten their business hours, the prefectural government has decided to call on elementary, junior and senior high schools to suspend after-school club activities and universities to switch to online classes.

The local administration is also considering asking the central government to declare a state of emergency for the prefecture, for the third time. All appropriate measures need to be taken in response to changing conditions in a timely manner.

The situation has deteriorated so quickly in Osaka partly because of the spread of a highly contagious variant of COVID-19 first identified in Britain.

Patients infected with this variant seem to be more likely to develop severe symptoms and more quickly than those with the original strain of the virus, according to the prefectural government.

While a full-fledged epidemiological study on the new variant has yet to be conducted in Japan, the entire nation should be alert to the risk given that the new variant is apparently making its way around the nation, with cases growing in Tokyo and some other areas as well.

The government needs to work out measures to deal with this new risk based on scientific knowledge.

Osaka Governor Hirofumi Yoshimura is heavily responsible for the crisis because of his failed response to the pandemic.

The question is whether he took enough effective policy actions after the prefecture faced a serious situation in which its health care system was in danger of being overwhelmed during the third wave of infections that started last autumn.

His performance in the past months should be scrutinized for a vigorous evaluation later.

Prime Minister Yoshihide Suga’s perceptions about the situation and responses to the new wave should also be called into question.

During an April 14 Upper House plenary session, Suga dismissed the view that the nation is in the grip of a fourth wave of infections, saying, “We are not seeing a nationwide surge.”

On the following day, however, Suga decided to apply the government’s new “manen boshi” (prevention of the spread) pre-emergency measures to three Tokyo metropolitan area prefectures and Aichi Prefecture in central Japan.

The way Suga has been responding to the pandemic may have left many Japanese bewildered and anxious. It even raises the suspicion that he may be trying to downplay the seriousness of the situation to prevent any effects on his scheduled visit to the United States and the Tokyo Olympics this summer.

Now that the people are required to endure tighter restrictions on their activities, the current crisis will test the qualities of political leaders.