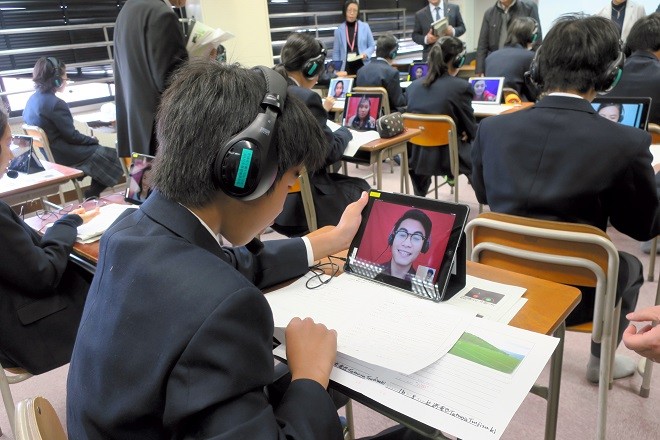 Trilingual people need less time to learn another new language than bilinguals, a group of researchers from the University of Tokyo and elsewhere showed in an experiment conducted on 49 Japanese subjects.

Speakers proficient in many languages are no rarity in Europe and in multiethnic states of Africa.

Those who are proficient in two foreign languages alongside their mother tongue are likely using areas of the brain responsible for visualizing images, even when they are learning a new language on the basis of the sounds of speech alone, the study indicated.

“Multilinguals can use their brains more dynamically,” said Kuniyoshi Sakai, a professor of neuroscience of language with the University of Tokyo, who was involved in carrying out the experiment.

“Therefore, it's a more natural and effective approach, when you are learning English, to study it concurrently with yet another language.”

Sakai and his colleagues tasked their test subjects, who included students at the university and Sophia University, to study Kazakh, the language of Kazakhstan.

The learners were only provided with sounds of speech and their English translations displayed on a computer screen. They were taught no grammatical rules at all.

Twenty-eight of the subjects were trilinguals, who could speak Japanese, English and a third language, predominantly Spanish. Those with higher listening abilities in those two foreign languages tended to need less time before they were able to follow spoken Kazakh.

The response time to answer questions also quickened faster for the trilinguals than the 21 bilinguals, showing that trilinguals are more adaptive to a new language.

Functional magnetic resonance imaging (fMRI) of brain activity showed that the language areas of the brain responsible for speech processing were working more actively in the trilinguals than in the bilinguals.

The trilinguals also exhibited strong activation of the visual areas of the brain even when they were working on questions that involved speech sounds alone. This indicates the trilinguals likely rely on visual representation when they learn a new language.

The research results were published March 31 in article format on the website of the science journal Scientific Reports. Readers can view them at: www.nature.com/articles/s41598-021-86710-4.