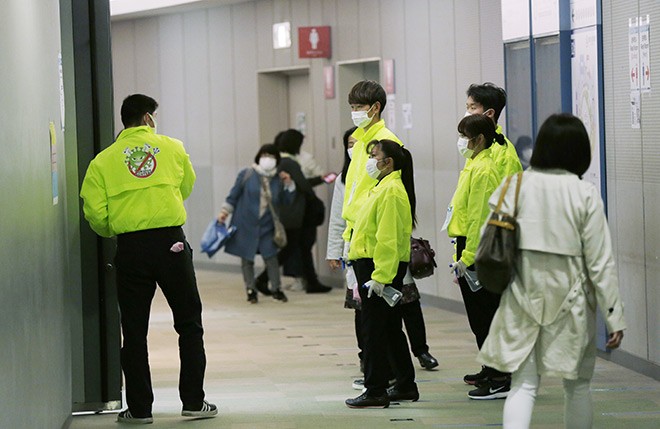 A worker, left, instructs others where to wipe while cleaning an arena before the ISU World Team Trophy figure skating competition in Osaka on April 15. (AP Photo)

OSAKA--Osaka Prefecture logged a record-breaking 1,209 new COVID-19 cases on April 16, one more than the daily record set the day before, the prefectural government announced.

Among patients confirmed with infections in the prefecture so far, it was found that 313 cases were newly suspected of being infected with variant strains.

In the prefecture, a total of 2,849 patients were suspected of being infected with variant strains while among these 391 cases were confirmed.