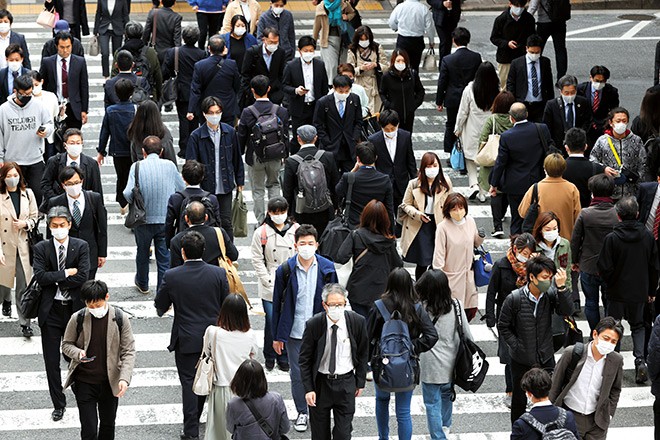 Commuters cross the street in front of JR Osaka Station on April 5, the day pre-emergency measures to deal with the novel coronavirus pandemic were applied for Osaka city. (Yuki Shibata)

Fresh cases of COVID-19 in Osaka Prefecture showed no letup April 17 as prefectural government officials announced the figure hit 1,161, the fifth straight day for the number to go beyond 1,000.

Twelve Osaka residents died as a result of COVID-19, the second straight day for fatalities to be in double digits. Fatalities in the prefecture now total 1,266, while overall COVID-19 cases reached 66,818 in Osaka.

Neighboring Hyogo Prefecture confirmed a record 541 cases on April 17, the second straight day for the daily record to be broken.

Pre-emergency measures to deal with the pandemic have been in place for the two prefectures, but variant strains are believed to be behind the latest surge.