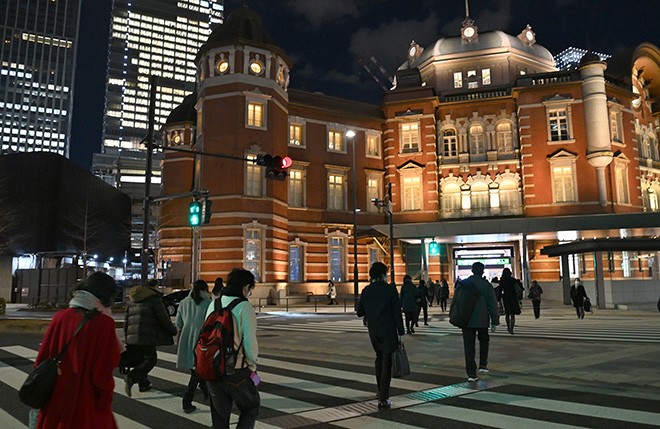 Commuters near JR Tokyo Station on Jan. 8, when the capital was under the second state of emergency (Asahi Shimbun file photo)

Tokyo metropolitan government officials on April 19 initiated the process to ask the central government to declare a third state of emergency for the capital over the COVID-19 pandemic.

Officials will hear opinions from health experts and make a formal request as early as April 22, according to sources.

Under the new state of emergency, metropolitan officials are expected to request that eateries shut down.

Under the second state of emergency issued in January, the metropolitan government only asked eateries to close early.

“To completely stop the movement of people, we have no choice but to ask (many facilities) to shut down like we did during the state of emergency last spring,” a metropolitan official said.

Officials have also discussed a plan to ask entertainment facilities to shut down as well.

The capital has been under pre-emergency measures, requesting restaurants and bars to close early since April 12.

But Tokyo's number of new infections has increased every day by 10 to 20 percent from the previous week.

On April 15, Tokyo logged 729 new infections, the first time the number topped 700 in two and a half months, and the rate of positive cases has also been rising.

Based on the data, officials have apparently concluded that Tokyo needs far stronger, stricter measures to stop the movement of people and contain the spread of more contagious COVID-19 variants.