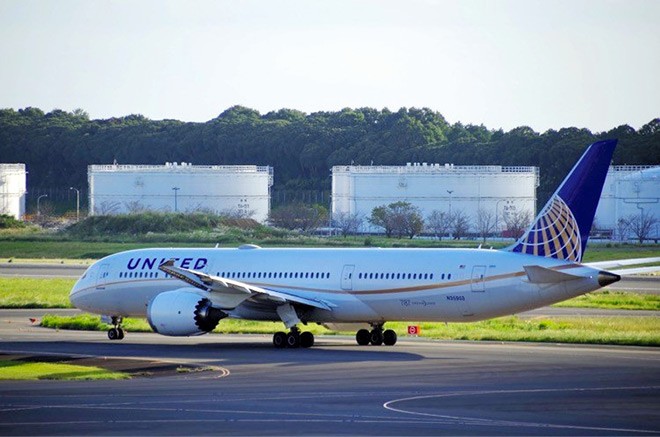 The layoffs last October followed the airline's decision to close its operations at Narita Airport outside Tokyo due to plunging demand for air travel brought on by the COVID-19 pandemic.

The plaintiffs said the circumstances of their job losses constituted an abuse of the right to dismiss and sought reinstatement as employees and retroactive payment of their salaries.

They argued that the company did not make sufficient efforts to keep them on, nor engage in constructive talks on possible options for them to continue working. For these reasons, they asked for the dismissals to be declared void.

United Airlines also closed its operations at Hong Kong and Frankfurt airports as part of its global streamlining efforts.

The flight attendants, who were all based at Narita, represent a range of nationalities, including Japan, Britain and Singapore.

United Airlines declined to comment on the lawsuit when contacted by The Asahi Shimbun.

The plaintiffs contended that the airline's management cited economic conditions purely for its own convenience in deciding on layoffs. The plaintiffs took issue with the following four points: the necessity of reducing personnel; the appropriateness of efforts to avoid layoffs; the rationality used to select who should be let go; and the appropriateness of the dismissal procedures.

They also argued that the carrier's fortunes would likely turn around soon, thereby negating the need for job losses, as vaccination programs against COVID-19 take hold around the world.

On the issue of efforts to avoid layoffs and the process of selecting who would be let go, the plaintiffs said the company did not even offer an appropriate voluntary retirement package.

For this reason, they said the carrier simply wanted to slash its operating expenses.

The plaintiffs said the dismissal procedures were outlined during an online meeting in which the company said demand for international air travel had fallen by 80 percent year on year.

“There were not opportunities where the company could hear the plaintiffs' opinions.”

Yuko Goto, a plaintiff and Tokyo resident, worked as a flight attendant for United Airlines for more than 20 years.

“I always tried to provide impeccable service and anticipate each passenger's wishes. I had great confidence in my job,” she said. “But the company showed no sincerity at all. I feel betrayed.”

Goto joined the airline in 1997 and worked for about 80 hours a month on flights connecting Narita Airport and U.S. hubs.

“I always spoke to customers courteously and tried to stay one step ahead in providing quality services,” Goto added.

Around 250 flight attendants, based at Narita, were let go, including the 83 who went to court, according to the plaintiffs' team.

Goto, who is now doing clerical work at a university with the status of temporary employee, said she felt compelled to raise her voice, “otherwise, nothing will change.”

After filing the lawsuit, she has been working on behalf of the other plaintiffs as a coordinator collecting relevant documents to present to the court.

“During the court hearings, I want to express my feeling that I was axed against my wishes,” she said.