Suga to pledge 46% reduction in greenhouse gases by 2030 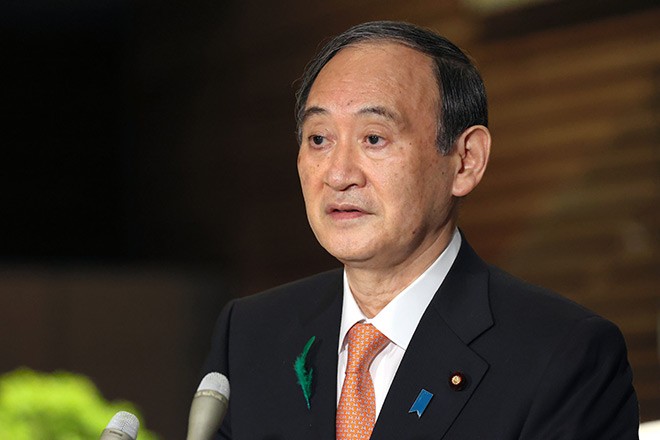 Prime Minister Yoshihide Suga will inform other world leaders participating in the online climate change summit that Japan is ramping up its goal for greenhouse gas emissions to a 46-percent cut by 2030 from the fiscal 2013 level.

Suga was scheduled to take part in the online summit later on April 22. Japan had previously announced a 26-percent reduction goal.

Suga has long pushed climate change issues, announcing in October 2020 soon after taking office that Japan would seek net zero emissions of greenhouse gases by 2050. The higher goal for 2030 is intended to help reach the net zero emission target.

The U.S. administration under President Joe Biden is expected to announce a 50-percent reduction by 2030 in comparison to 2005 levels.

European nations and China have also come out with new goals. The higher target to be announced by Japan is intended to demonstrate it was falling in line with such moves.

But achieving the new 46-percent reduction target will not be easy.

In addition to accelerating the construction of renewable energy power sources, such as solar and wind, there will also likely be calls to resume operations at nuclear power plants despite the public's opposition following the triple meltdown at the Fukushima No. 1 nuclear power plant.

Japan will also be forced to review its current dependence on the automobile and steel sectors as its main industries, given their dependence on fossil fuels.

Japanese consumers will also likely be asked to bear a burden through energy conservation measures.