VOX POPULI: Many young caregivers are forced to give up their dreams 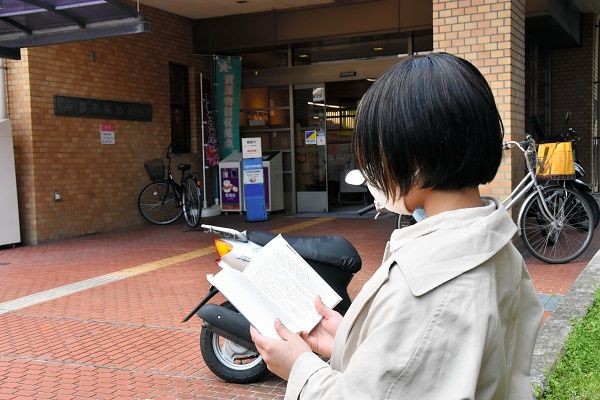 "Jyuroku-sai no Nikki" (Diary of My Sixteenth Year), an autobiographical short story by Yasunari Kawabata (1899-1972), documents how he spent his high school days nursing his bedridden grandfather.

As soon as he returned home from school, he would help his grandfather turn over in bed and use a urine bottle, and give him tea.

Kawabata lost his parents at a young age. His grandparents took him in, and after his grandmother died, he started caring for his grandfather, who was in ill health and often needed to be attended to in the middle of the night.

Life was by no means easy for Kawabata, who was still shy of his 16th birthday. Going to school gave him the respite he craved.

"I went to school today. The school is my paradise," he wrote.

He was what he would be called today a "yangu keara" (young caregiver), a term denoting a young person doing an adult's work in looking after someone who needs care.

In Japan, this applies to one in roughly 20 junior and senior high school pupils today, according to the first nationwide survey of its kind that also found that these teens spend an average of about four hours a day performing the task.

These results must surprise many people.

The graying of the population is one background factor and another appears to be the growing number of dual-income households.

Many young caregivers are also looking after their siblings. They face problems such as falling behind in their schoolwork, which, in turn, can narrow their choices in life.

And to make matters worse, these teens have nobody to turn to for advice. "Asking for advice won't change anything" is their most frequently given reason for not seeking it.

But they do need help from people outside of their immediate families.

I do not welcome the overuse of "katakana terms" or expressions borrowed from foreign languages. However, giving a name to an elusive problem or phenomenon can help bring it into sharper focus.

"Hate speech" is one such example that awakened society into condemning and fighting it, and pointed to the need to support job seekers faced with an "ice age" in the labor market.

It is too great a loss for children who aren't allowed to be children and are forced to give up pursuing their dreams. The loss is just as great for society, too.