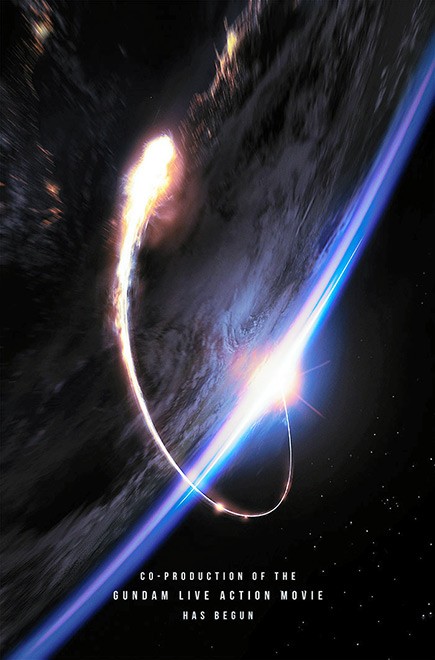 A visual of a live-action film adaptation of “Mobile Suit Gundam” (Provided by Sunrise Inc.)

A live-action film adaptation of “Mobile Suit Gundam” will be released on video streaming service Netflix.

The movie will be directed by Jordan Vogt-Roberts, whose past works include “Kong: Skull Island,” according to Sunrise Inc., an anime studio behind the popular robot anime franchise. It will hit theater screens in China.

The cast, release date and other details are yet to be unveiled.

“Successive titles of the ‘Mobile Suit Gundam’ series have depicted human dramas through conflict, love and clashes among pilots of humanoid weapons known as ‘Mobile Suits,’ and (the live-action project) follows in their footsteps,” Sunrise said in a statement.

The company said it was keen to “promote the new charm of Gundam to the world.”

The film adaptation is being co-produced by Sunrise and Legendary Pictures Productions LCC, which is behind such blockbuster films as “Pacific Rim” and “Godzilla.”

Plans were announced in 2018 that “Gundam” would be adapted into a live-action feature film in Hollywood.