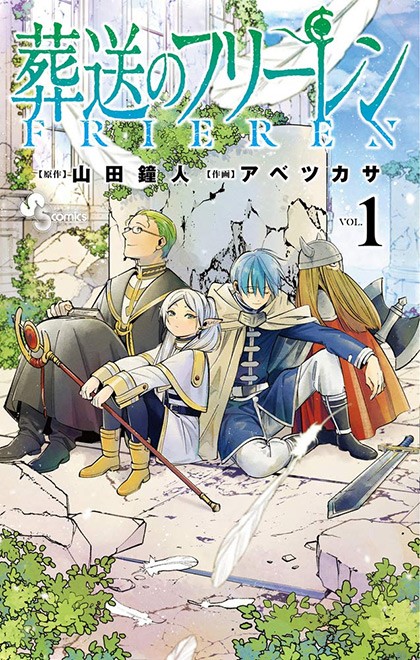 The first volume of "Frieren: Beyond Journey’s End" (Atsushi Ohara)

“Frieren: Beyond Journey’s End” captured the 14th Cartoon Grand Prize, an annual manga award given on the basis of voting by bookstore employees and other manga enthusiasts.

The story centers around Frieren, a magician from a long-lived tribe, as she sets out on a journey to revisit the traces of the war during she and her comrades defeated the demon king.

The manga was praised for its carefully illustrated fantasy world while the story focuses on the preciousness and ephemerality of life.

“Frieren” was among 10 titles that made their way through the first selection round in which 95 jurors cast their ballots. The manga emerged the winner in the final round in which 98 jurors participated.

Hosted by the Cartoon Grand Prize executive committee, the award was founded in 2008.