INTERVIEW/ Ex-adviser: Trump prepared U.S. to square off against China 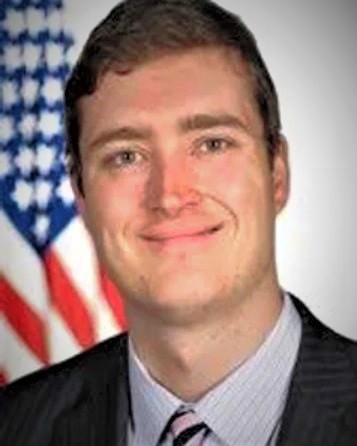 A former senior policy adviser to former President Donald Trump said he believes Trump's great legacy is that he "prepared the U.S. government for a multi-decade competition" against China.

Alexander Gray helped to establish U.S. policy for Asia in the early days of the Trump administration and was involved in formulating its economic and security policies. Gray spoke with The Asahi Shimbun in a telephone interview.

In 2016, before Trump took office, Gray and Peter Navarro, who later became the White House trade advisor, attracted attention when they published an article about Asia policy titled "Peace Through Strength Vision for the Asia-Pacific" in a U.S. magazine.

They called for rebuilding the U.S. Navy to counter China, which was continuing its military expansion.

"I think the overall purpose of what we laid out in that op-ed, most of that came true," Gray said. "We went from a situation when Barack Obama was leaving office where the U.S. Navy was the smallest size that it had been since World War I. ... The overall size of the military was very low, and it was having a serious impact on our ability to deter China.

"In the last couple months of the Trump administration, we put forward that ship-building plan that would have gotten the Navy to 350 ships within a decade," he added.

Gray started working in full swing as a close aide to Trump before the ex-president took office. He was also present during the first meeting between Trump and then Prime Minister Shinzo Abe, which took place in New York in November 2016.

"I think the most impressive part to me was the personal chemistry that they clearly had. ... I think that they have similar personalities in some ways. I think their mutual sense of patriotism for their countries came across," Gray said. "And what was so remarkable was President Trump ... not being someone who was particularly well-versed in U.S. Asia policy when he was elected, immediately understood what was most important for the U.S. and Asia and why the alliance was so significant."

As soon as Trump took office, Gray joined the administration to work out its foreign and economic policies toward China and other countries with Navarro, who is a hard-liner on China.

"On my first day at the White House ... China was not the main priority for most of the U.S. government," Gray continued. "There was very little discussion about great power competition and the role of the United States and helping preserve what was now the free and open Indo-Pacific, which everyone recognizes is a pillar of our leadership in the region."

But he added that the U.S. stance on the Indo-Pacific and competition with China "could not be more different" in the closing days of the administration. It also has been carried on by the Biden administration, whose members are making critical comments about China.

"And that's the great legacy of President Trump ... he has prepared the U.S. government for a multi-decade competition that the Biden administration can build on and then grow. ... We were also happy to see what Secretary (of State Antony) Blinken and what (National Security Advisor) Jake Sullivan had been saying, because it shows that this truly is bipartisan. We're hopefully going to have a bipartisan Asia policy for the foreseeable future."

Meanwhile, China is ramping up its military pressure on Taiwan, prompting the U.S. forces to raise concerns over China's resolve to annex Taiwan by force.

"The PLA (People's Liberation Army) is modernizing and they're becoming more skillful," Gray said. "The most important thing is making it clear to Beijing that the cost for them of an attempted full-scale invasion would be so enormous that it's not worth the military, economic and political costs. ... That's why (we're) encouraging Taiwan and working with them as a full partner."