An international trailer for “Minamata” 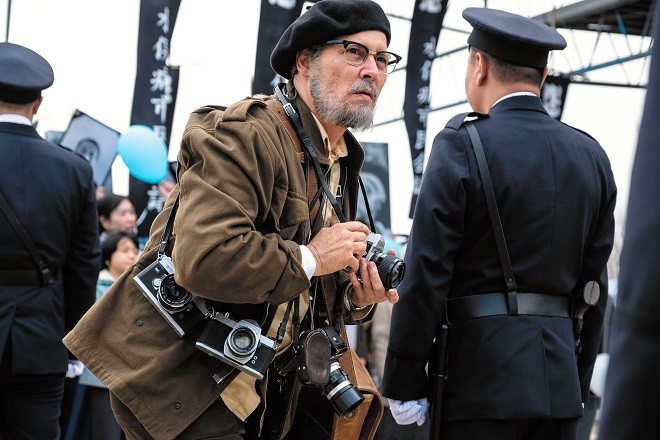 “Minamata,” a film starring Johnny Depp about U.S. photographer Eugene Smith, whose work drew worldwide attention to the devastating effects of mercury poisoning in Minamata, Kumamoto Prefecture, will be shown in Japan in September.

The story is set in motion when she encourages Smith to take photos in Minamata, saying: “There’s a company in Japan that’s been dumping the toxic waste into the sea. We need you.”

For three years since 1971, the couple lived in an area where many Minamata disease patients were discovered. They also visited the homes of plaintiffs in the first lawsuit against Chisso Corp., the chemical company responsible for the pollution.

Smith’s pictures, particularly those of Tomoko Kamimura (who died in 1977 at age 21) and Shinobu Sakamoto, 64, who were exposed to organic mercury in their mother's wombs, showed the world how patients and their family members were devastated by the mercury poisoning.

Hiroyuki Sanada co-stars as a character reminiscent of Teruo Kawamoto, a Minamata disease patient who spearheaded negotiations for compensation with Chisso and fought to save the victims.

“I love to tell the story to younger generations to never forget and never (let it) happen again,” Sanada said during a news conference in Berlin.

Depp said he believes that media and cinema have the power to spark interest in social issues and send messages, adding that it was a personal dream for him to be able to do so.

According to Longride Inc., the film’s distributor in Japan, “Minamata” will be released in Tokyo and elsewhere in September, 50 years after Smith and Aileen first visited Minamata.

To commemorate that anniversary, the company is planning a screening in the city before the nationwide release.

Minamata disease was caused by consumption of marine products tainted by industrial wastewater containing methylmercury released into the Sea of Shiranui from a Chisso factory.

The disease was officially recognized on May 1, 1956.

“When we first visited Minamata (in 1971), it had already been 15 years since it was officially recognized,” Aileen told The Asahi Shimbun on April 21. “And it has been 50 years since we took those photos, but it is shocking that the central government has yet to conduct a proper health survey. This movie must serve as a starting point for many people to learn about the current situation.”