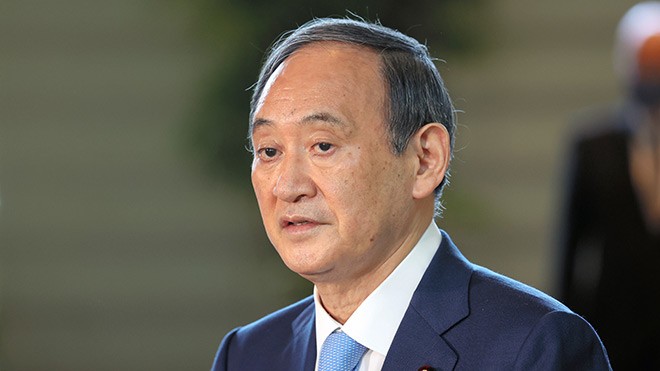 In particular, the LDP’s loss of the Upper House re-election in Hiroshima Prefecture, which was held in the wake of an unprecedented vote-buying scandal, underscored harsh public criticism of money politics.

Suga should take the message from voters seriously and make a sweeping review of his governing approach.

The April 25 by-election in Hokkaido was held after former agriculture minister Takamori Yoshikawa resigned in December as a Lower House member of the LDP on bribery charges. As it saw little chance of winning, the ruling party decided early on not to field a candidate in the election of the Hokkaido No. 2 Constituency.

That left an Upper House by-election in Nagano Prefecture and the re-election in Hiroshima as two head-to-head political battles between the ruling and opposition camps.

The poll in Nagano was called after Yuichiro Hata, who was a senior lawmaker of the main opposition Constitutional Democratic Party of Japan, died abruptly after contracting COVID-19 in late December. His younger brother, Jiro Hata, who ran as the CDP candidate, defeated Yutaka Komatsu, a former Lower House member of the LDP.

As it viewed the Nagano election as an uphill battle, the LDP focused on the re-election in Hiroshima, but its candidate lost to a former broadcaster backed by the CDP and other opposition parties.

The election was held to fill the seat vacated by former LDP lawmaker Anri Kawai’s conviction of an election violation. Kawai lost her seat after a court found her guilty of buying votes in the 2019 Upper House election, invalidating her election.

The loss of a Diet seat in Hiroshima was especially alarming to the LDP because the prefecture is traditionally an LDP stronghold. It controls six of the seven Lower House single-seat constituencies in the prefecture.

The LDP’s electoral defeat in Hiroshima, despite its solid local support base there, came as a powerful voter backlash against the party and the Suga administration, which has failed to clarify political responsibility for the scandal.

None of the 24 LDP members of the Hiroshima prefectural and municipal assemblies who received cash in connection with Anri Kawai’s election campaign has faced criminal charges or lost their jobs.

The LDP’s headquarters have done little to determine how the 150 million yen ($1.38 million) the party gave to the Kawais for the election campaign was actually used.

Fumio Kishida, former LDP policy chief and the head of the Hiroshima prefectural chapter of the LDP, spearheaded the campaign for the poll.

Kishida tried to win voter support by pledging to work to “change the LDP.” But his campaign message failed to win back public trust due to a lack of specific proposals to uncover the truth and prevent another similar scandal.

The April 25 elections were the first national-level polls since Suga replaced former Prime Minister Shinzo Abe last year and were widely seen as a prelude to the Lower House election that must be held by fall.

However, Suga did not bother to take any high-profile action to win public support for the party’s candidates, such as traveling to the constituencies to make speeches on their behalf.

Was it his strategy to mitigate the damage of a defeat? While it is true that his efforts to curb a new wave of COVID-19 cases and visit to the United States made his schedule tight, it is hard to deny that Suga was less than eager to spend his political capital on these elections.

The voters’ verdicts in the polls should not be seen simply as their responses to “politics and money” issues. They should be viewed as their collective assessment of the Suga administration’s overall political records during the past months with regard to key policy challenges including the pandemic.

The government has been forced to declare a state of emergency three times due to its misguided responses to the public health crisis. Suga should be humble enough to accept the harsh public assessment of his performance.

The opposition parties, however, should not allow themselves to become complacent because of the three wins, a product of their effective cooperation in the campaigns.

In Nagano, the Democratic Party for the People temporary withdrew its official support for the CDP candidate over his policy agreement with the local units of the Japanese Communist Party and the Social Democratic Party.

In the run-up to the upcoming Lower House election, the opposition parties need to agree on fielding joint candidates in electoral districts as well as common campaign promises and a convincing new political framework to replace the current government.