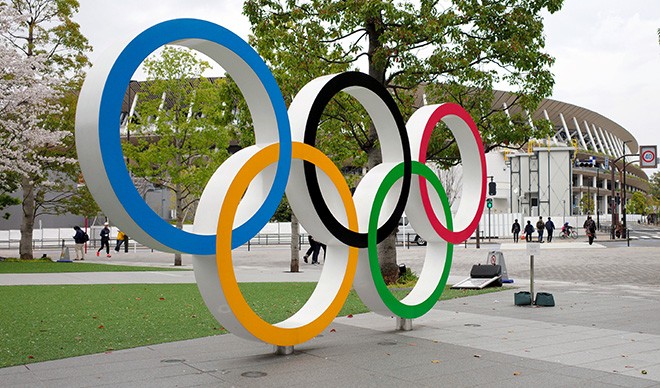 Olympic athletes entering Japan will be exempt from the two-week self-quarantine rule that currently applies to every entrant, including Japanese nationals, to prevent the spread of the novel coronavirus, particularly new strains.

Japanese government sources said that without the restriction, athletes can immediately start focusing on preparing for their events in the Tokyo Games, scheduled to start in July.

They will also be asked to report on their health conditions via an app and other methods.

The procedures are expected to be included in a Japanese government draft on anti-virus guidelines for the Tokyo Olympics on April 28.

Under the guidelines, all people involved in the Games, including noncompetitors, will be asked to take a test twice within 96 hours before departure from their countries.

Upon entry, they will be asked to take a polymerase chain reaction (PCR) test or an antigen test. For the first three days after their arrival, they will be tested daily.

In the first edition of the code of conduct for the Tokyo Games, written by the International Olympic Committee and the Tokyo organizing committee, inbound participants are asked to take a test once within 72 hours before departure.

But the government’s guidelines are expected to request stricter measures.

Athletes and others will be ordered to stay within the designated facilities for accommodations, practices and matches.

They will be asked to submit a document that details their activities, including means of transportation, and a written pledge to comply with the plan.

The government is considering disqualifying from the Olympics those who violate the guidelines.

Officials of sports associations and members of the press will be required, in principle, to self-quarantine for two weeks after entry. But there is also an exemption.

If they are deemed necessary for the operation of the Games, they will be exempt from self-quarantine or be subjected to a shorter self-quarantine period on the condition that they restrict certain activities.

If they violate the rules, they could also lose eligibility to participate in the Games.

The central government, the Tokyo metropolitan government and the Tokyo organizing committee will hold a meeting on April 28 to discuss anti-virus measures.

They are expected to draft proposed measures based on experts’ opinions.

The three bodies later that day will hold a meeting with executives of the IOC and the International Paralympic Committee to confirm the plan.