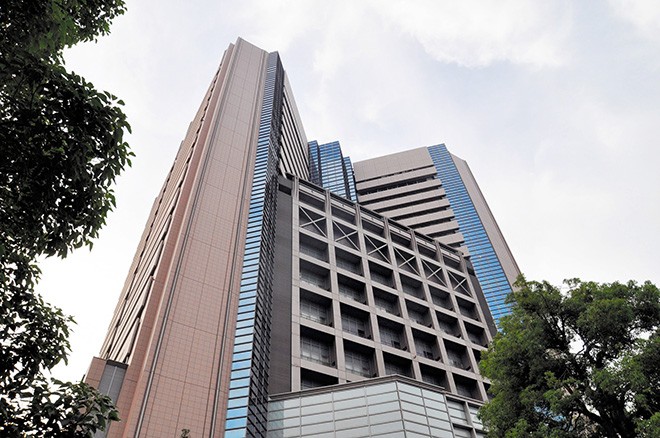 The 10-year survival rate of patients diagnosed with cancer in 2008 was 59.4 percent, the National Cancer Center announced on April 27.

It was the first time the center released data on the 10-year survival rate.

The data was obtained in a survey that targeted 240,000 people at 240 hospitals, serving as cancer treatment centers nationwide, the largest-scale survey conducted in Japan on cancer survival rates to date.

For patients with prostate cancer, the survival rate was 98.7 percent. For breast cancer patients, 87.5 percent survived, the data showed.

But for certain other cancers, the statistics were far more grim.

Only 9.1 percent of patients with small cell lung cancer survived for 10 years after being diagnosed with the disease, and the figure fell to 6.5 percent for those with pancreatic cancer.

Until now, the five-year survival rate has often been used as a guideline to observe how patients fare after treatment.

But the 10-year survey showed survival rates could fall even after five years had passed since a diagnosis, depending on the kinds of cancers, and revealed the necessity to observe patients over a longer term.

The center has updated its Cancer Information Service website, so users can view the three-year or five-year survival rates, which are categorized by conditions, such as kinds of cancers and patients' ages. Readers can view the data, in Japanese only, at (https://hbcr-survival.ganjoho.jp).

(This article was written by Hiromi Kumai and Aya Amano.)