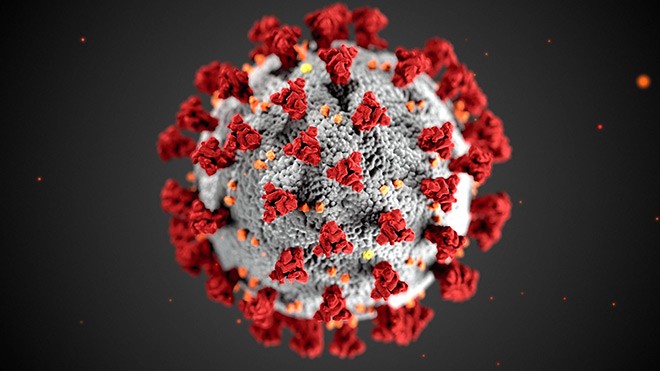 A computer rendering of the novel coronavirus that causes COVID-19 by the U.S. Centers for Disease Control and Prevention (CDC/ Alissa Eckert, MSMI; Dan Higgins, MAMS)

A group of Japanese researchers has developed a method for artificially synthesizing the novel coronavirus in just two weeks, a potential boon in finding new ways to fight the deadly virus.

Researchers said they expect the new method will be useful for analyzing characteristics of emerging variants, which are partially blamed for the recent spread of infections, and for developing vaccines.

“Our study can help develop vaccines and antiviral drugs,” said Yoshiharu Matsuura, a specially appointed professor of virology at Osaka University and one of the leading members of the research team.

Synthetic viruses are used in research, but the virus that causes COVID-19, which has a relatively large amount of genetic information, is not easy to synthesize. It previously took several months, and high expertise, to synthesize it.

Experts have called for speedier synthesis methods because diverse variants of the novel coronavirus are being discovered across the world.

Scientists from Osaka University’s Research Institute for Microbial Diseases and Hokkaido University set their sights on a simpler method used to synthesize other viruses.

It involves dividing the genetic information of a virus into fragments, and amplifying the fragments and linking them together into longer strings by using polymerase chain reaction (PCR) equipment.

PCR equipment is also used for testing whether people have become infected with a virus.

The researchers introduced the genetic information of the novel coronavirus, extended into DNA, into cultured cells. Novel coronaviruses were generated from RNA, which was synthesized in the cells based on the DNA.

The team confirmed that the viruses synthesized with this method had infectious capacity.

The viruses were engineered in biosafety level 3 (BSL-3) laboratories, which are equipped with rigorous measures to contain pathogens, such as double-entrance doors.

The new method also allows the genetic information of a virus to be easily modified. The research team successfully synthesized the Wuhan strain, first reported in China, and the European strain, which later spread worldwide.

A virus that is spreading has undergone multiple mutations, so it is difficult to study how a specific mutation affects the characteristics of the virus. But similar studies can be made easily when scientists use a synthetic virus.

A synthetic virus can also be used in screening studies to narrow down candidate therapeutic drugs if the viral genes are modified so that infected cells emit light.

The research results were published in Cell Reports, a U.S. science journal. The article is accessible online at https://www.cell.com/cell-reports/fulltext/S2211-1247(21)00328-4.