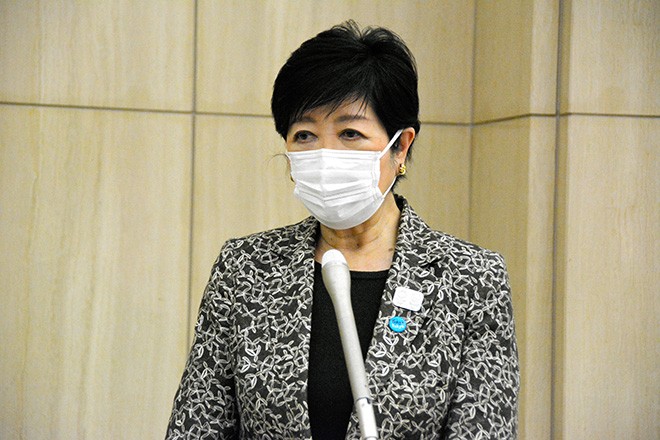 The Tokyo metropolitan government has confirmed its first patient with a virus variant known as the “double mutant” that has contributed to a steep surge in COVID-19 cases in India in recent weeks.

Tokyo Governor Yuriko Koike said on April 26 that the patient is a woman in her 80s, who was discharged from a hospital earlier this month.

The double-mutant strain contains mutations discovered in two other versions of the coronavirus. One mutation makes the virus highly contagious while the other is believed to make the virus more resistant to vaccines.

Koike said the discovery of the double mutant will add to the capital’s fight against the coronavirus, as it struggles to grapple with another variant strain first discovered in Britain last year.

“It is terrifying that much about the double mutant is still not known,” she said. “This year, we are fighting something that is largely unknown.”

Twenty-one cases of the double mutant have been detected in Japan to date, according to the central government. All the cases except for the Tokyo woman were found during checks of travelers at airports.

Chief Cabinet Secretary Katsunobu Kato said the same day that the central government will take any measures necessary against the double mutant, including bolstering steps to keep the virus at bay and monitoring the spread of the variants as the health ministry works to analyze them.

The number of double mutants confirmed in Japan was five on April 22.