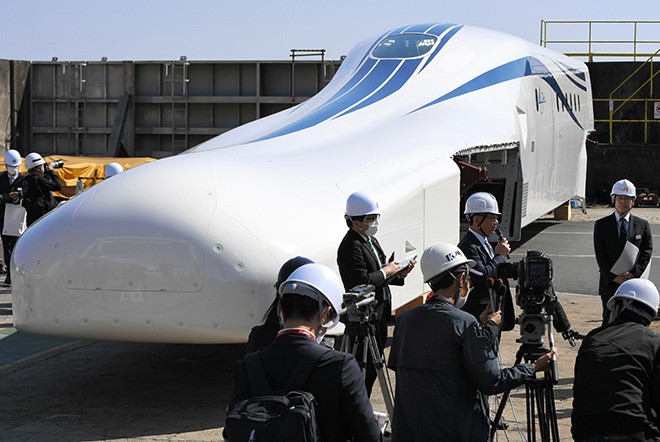 That will push the total cost up to about 7 trillion yen and introduce new financing challenges in already difficult times.

JR Tokai refused to confirm when the high-speed service, initially scheduled for 2027, will open at the April 27 news conference where it revealed the cost overruns.

The extra costs include some 500 billion yen to be spent on work to shore up the ground at Shinagawa Station in Tokyo and Nagoya Station, the two terminals the maglev connects.

JR Tokai, which operates the Tokaido Shinkansen service, can fund 500 billion yen of the extra cost.

But the company said it does not know how to secure the remainder.

“We can manage the company healthily, even if we need to come up with additional funds for the maglev project,” he said at the news conference.

As for when the service will eventually launch, he declined to refer to a specific timetable.

“It is difficult to say for now given that we have not started work on the Shizuoka Prefecture section,” he said.

The company expects to make 90 billion in net profits for the year ending in March 2022.

Hit hard by the coronavirus pandemic, the number of travelers using the Tokaido Shinkansen Line during fiscal 2020 plunged to about 30 percent of the previous year’s level.

But JR Tokai projects it will rebound in fiscal 2021 to 70 percent of the year before the pandemic as the nation is expected to slowly contain the disease.

Maglev trains are expected to connect Tokyo and Nagoya in just 40 minutes, less than half the time of the current bullet train service.

(This article was written by Susumu Imaizumi and Kohei Kondo.)