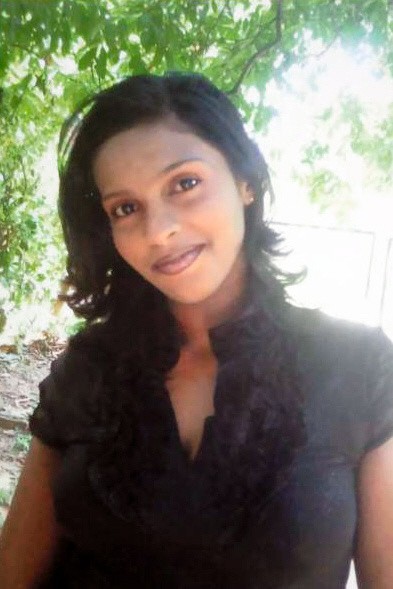 Wishma Sandamali, a 33-year-old Sri Lankan who died in March at a detention facility operated by the Nagoya Regional Immigration Services Bureau (Provided by a family member)

The death of a Sri Lankan woman at an immigration detention facility in March has become a rallying cry as the Diet discusses a government-drafted bill to revise the immigration law.

The Justice Ministry’s Immigration Services Agency of Japan investigated the incident and released an interim report on April 9, shortly before the start of the Diet’s discussion on the Immigration Control and Refugee Recognition Law.

But the report apparently omitted the fact that a psychiatrist recommended that Wishma Sandamali receive provisional release two days before her death.

Opposition lawmakers have taken issue with the omission, demanding a full accounting of how the woman died in detention.

“The bill to revise the immigration law will give considerable leeway to the immigration agency,” Manabu Terata, a member of the opposition Constitutional Democratic Party of Japan (CDP), said at a Lower House Judicial Affairs Committee meeting on April 28.

“It is extremely important that the agency is trustworthy,” he said.

Sandamali, 33, was detained at a facility operated by the Nagoya Regional Immigration Services Bureau in August 2020 for overstaying her visa.

But she became ill around mid-January this year, suffering from nausea, vomiting and poor appetite. By late February, she had lost about 20 kilograms.

Two days before her death, a psychiatrist saw her and said that her condition would likely improve if the agency granted her provisional release.

But apparently it was not granted.

Terata said the agency needs to disclose the truth before the Diet discusses the bill to revise the immigration law.

Yasufumi Fujino, a Japanese Communist Party lawmaker, accused the agency of attempting a cover-up by the omission.

An agency official offered an explanation at an April 23 Lower House Judicial Affairs Committee meeting, saying the agency did not include the remarks in consideration of the woman’s honor and privacy.

But Justice Minister Yoko Kamikawa, who ordered the agency to investigate the incident, said the agency’s explanation was “a little insufficient.”

The woman’s bereaved family members have demanded the truth come out.

A family member, who attended an online meeting of the CDP on April 27, said that a report of her death documented how her condition changed by the minute.

“I believe there is a video of her recorded by security cameras, and I want (the agency) to show it to us,” the family member said.

Opposition lawmakers on April 28 requested that Kamikawa show the video to them and the woman’s family members.

But Kamikawa rejected the request, saying, “It is not appropriate from a security viewpoint.”

Under the current immigration law, a foreign national who applies for refugee status cannot be deported while the application is pending.

But in the government-drafted bill to revise the immigration law, a person can apply for refugee status only two times under the same reason, giving more power to the agency.

The death of the woman has sparked mistrust in the agency among opposition lawmakers.

The ruling coalition aims to vote on the bill on May 7, but opposition parties strongly protested the timetable, demanding that the truth be told about the woman’s death.

(This article was written by Sachiko Miwa and senior staff writer Ryuichi Kitano.)