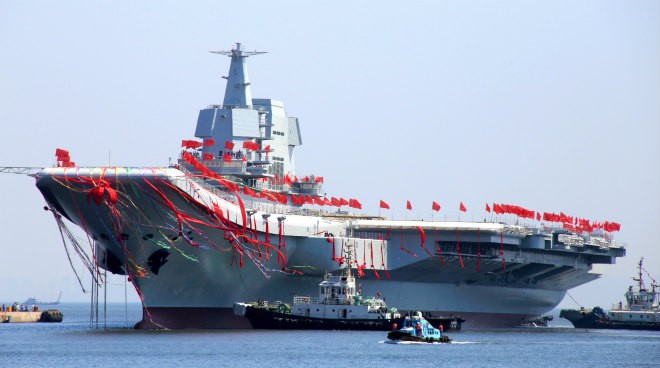 China has repeatedly complained about United States Navy ships getting close to islands it occupies in the South China Sea, where Vietnam, Malaysia, the Philippines, Brunei and Taiwan all also have competing claims.

U.S. carrier groups have sailed near Chinese-controlled islands in the disputed waters several times this year, drawing denunciation from China.

The exercise was described as routine training and part of the Chinese navy's annual work plan. The Shandong entered service in 2019 and is the newer of China’s two carriers.

"It is completely legitimate and beneficial in improving the country's ability to uphold national sovereignty and security," Gao Xiucheng, a spokesman from the PLA navy said in a statement.

Gao said China hopes the world will see the exercise from an objective and rational viewpoint. He said the Chinese navy will continue conducting such exercises according to its schedule.

China’s navy said last month similar drills will come more regularly amid escalating tensions with the island of Taiwan, which Beijing claims as its sovereign territory.