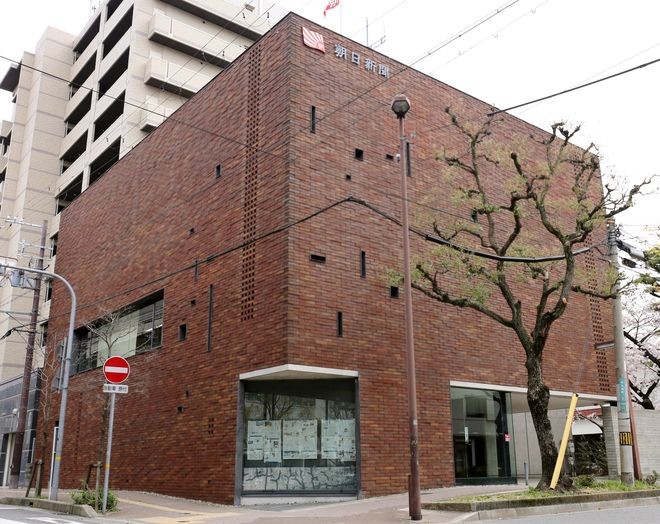 May 3 marks the 34th anniversary of a shooting incident at The Asahi Shimbun's Hanshin Bureau in Nishinomiya, Hyogo Prefecture, that left one reporter dead and another seriously injured.

The statute of limitations in the case, and seven other related or similar terrorist incidents apparently perpetrated by a group with ultra-rightist leanings, expired in 2003. The National Police Agency designated the series of crimes as “Wide Area Important Designated Case No. 116” for a nationwide coordinated investigation but failed to identify the attackers.

The shooting was an attempt to muzzle free speech through violence and constituted a serious attack on democracy itself. We remain firmly committed to our journalistic mission and will not be intimidated by such despicable acts.

The group that claimed responsibility for the attack called itself “Sekihotai.” It accused The Asahi Shimbun of being an “anti-Japanese” organization. Today, the internet is awash with verbal attacks using language such as “hannichi sayoku” (anti-Japanese leftist) and “hikokumin” (unpatriotic).

The main targets are those involved in social and labor movements as well as vocal critics of the government.

In June last year, lawyers and journalists set up an activist group called “SNSOS” to support victims of slander, verbal abuse and other malicious verbal attacks carried out on social media.

The group is dedicated to helping victims of social media abuse take a stand rather than suffer silently.

While the COVID-19 pandemic has inevitably restricted its activities, the group said cases reported to it to date by victims underscore the seriousness of the situation.

These include grossly sexist verbal abuse against a woman, labeling a labor union as an “antisocial” organization and an attempt to instigate people to petition for disciplinary punishment against an activist lawyer working for human rights.

Such malicious and unfounded criticism and hate mongering inevitably hinders free speech and undermines the health of society.

These acts also tend to suppress efforts to monitor and check the behavior of the government and politicians, thereby allowing serious social problems to be swept under the carpet and making them more serious.

Writer Karin Amamiya, an ardent supporter of the group, is herself a victim of social media attacks. She has been criticized as “unpatriotic” and told to “leave Japan.”

“There are people who believe that putting collective pressure on women who speak up and forcing them to remain silent amounts to justice,” Amamiya said. “Even if you just ignore (such attacks) for a while, you start to seriously stress out when they occur time and time again.”

Precisely because social media has become a very useful tool in our daily lives, it is all the more important for society to make serious efforts to ensure it functions in a healthy way.

Last autumn, copywriter Mihiro Odake and like-minded people got the idea of placing outdoor ads on this issue and raised 3.2 million yen ($29,200) through a one-month crowdfunding campaign for the project.

The slogan was “#kono yubi tomeyo” (Let’s stop this finger). It was a call for people to stop momentarily before hitting the “send” button and think again about the message they are about to send.

The message of the ad was, “Give others words of support and encouragement instead of those intended to hurt them.” The group put up outdoor ads containing these messages in Tokyo’s Shibuya district and other areas. It is seeking to expand the movement.

People in Myanmar and Hong Kong are suffering from the brutal suppression of free speech. Citizens have used their smartphones to report on the dire situation for the global community. But they can also be used to drive people into despair and suicide, causing moral decay in society.

On this day in 1987, a shotgun was used to kill an Asahi Shimbun reporter and injure another.

Social media, a popular communication tool used daily across the world, should not be allowed to be abused as a dangerous weapon to attack people.