VOX POPULI: Even in crises, society must never let children live in poverty 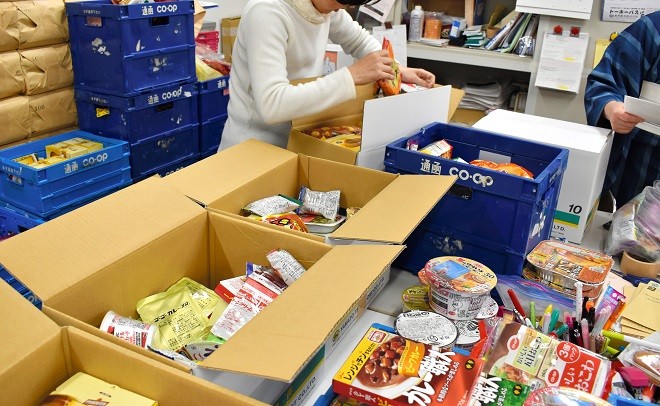 Staff of a private organization pack emergency food for single-parent households in March 2020, when the government introduced school closures in the COVID-19 pandemic and children of low-income households could not receive school-provided lunches. (Asahi Shimbun file photo)

When historian Masakatsu Okado was studying old documents kept at an elementary school, he kept seeing this phrase over and over: “Child’s presence required due to dire poverty.”

According to Okado’s book “Minshu no Kyoiku Keiken” (Education experience of the masses), the phrase was used in petitions from desperately poor parents seeking the school’s permission to pull their children out so the youngsters could be put to work.

Dated between 1901 and 1912, the documents indicate that poverty deprived many children of their chance to study at school, and the government apparently acknowledged there was nothing it could do about it.

Today, poverty is never allowed to pass as a reason for denying compulsory education to a child. But poverty manifests its effects in many changing forms.

The Asahi Shimbun reported on the results of a survey conducted by a nonprofit organization on weight changes in children from single-mother households.

Taken in February during the second state of emergency, the survey found that children in nearly 10 percent of participating households in Tokyo had lost weight.

The spread of COVID-19 infections was believed to have reduced work for mothers on part-time jobs, forcing them to cut down on food bills.

This may have affected the children’s daily schoolwork and play as well.

Drastic changes in society invariably hit society’s vulnerable members the hardest. Childhood poverty came under close scrutiny during the economic recession after the Lehman Shock of 2008.

The COVID crisis has not only impacted the job market but has also thrown a wrench into the operation of welfare programs, such as “kodomo shokudo” free meals for needy children.

We must never become a society where people tolerate poverty casting dark shadows on the future of youngsters.

I renew this vow on this year’s Children’s Day.