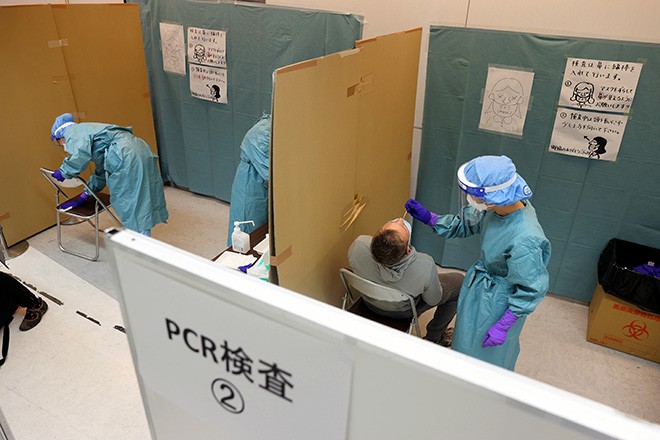 The government plans to strengthen border controls against entrants from India and raise the number of COVID-19 tests they must undergo just before entering Japan and after from the current three to four.

Japan has already designated India as a country where a new coronavirus variant has been spreading, as India is reporting 400,000 daily new cases.

The government is expected to decide on the tougher measures at its May 7 task force meeting.

Currently, Japan requires entrants from 32 countries and regions where variant strains are spreading, including India, to be tested three times. These tests are conducted before they leave their countries, when they enter Japan, and on the third day after their arrival.

If all three tests are negative, the entrants are permitted to move from accommodation facilities maintained by quarantine stations to their homes or other facilities.

To ensure infected passengers coming from India are detected, the government is also considering extending the three-day waiting period at designated accommodation facilities for entrants from India to six days and requiring them to take tests again on the sixth day after arrival, according to government sources.

The government is also weighing similar measures against entrants from India’s neighbor Pakistan, also designated as a country suffering from a spread of variant strain infections.

(This article was written by Tatsuya Sato and Amane Sugawara.)