VOX POPULI: Let the ‘Akagi File’ finally see the light of day in its entirety 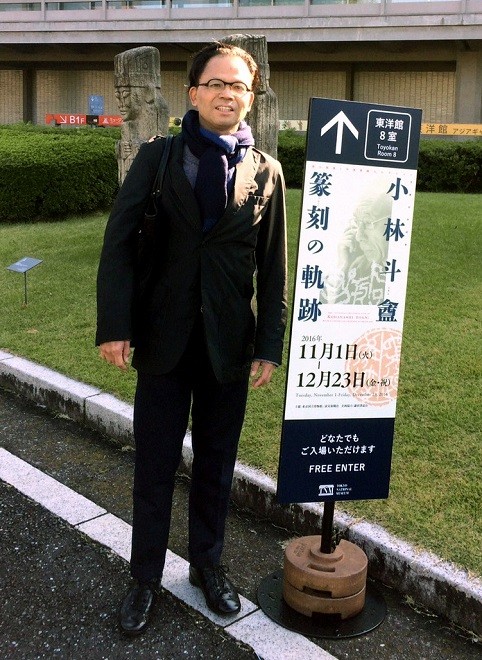 Toshio Akagi, an official at the Kinki Local Finance Bureau who later committed suicide, is pictured in front of the Tokyo National Museum in 2016. (Provided by Akagi's widow)

In what was believed to be a "last-minute rush" to circumvent this new system, many government ministries and agencies destroyed mountains of official documents during fiscal 2000 that ended March 31, 2001.

According to findings later released by Access-Info Clearinghouse Japan, an incorporated nonprofit organization, the volume of documents ditched by the Finance Ministry and the Environment Ministry was more than double that of the previous fiscal year, while the volume discarded by the Ministry of Agriculture, Forestry and Fisheries surged 21-fold.

Documents that no longer exist can't be disclosed upon demand. Right?

Under the new law, "don't put into writing anything that could raise questions later" appears to have become the unwritten rule in Kasumigaseki, the seat of Japanese bureaucracy.

In that context, it was truly brave of Toshio Akagi, an official of the Finance Ministry's Kinki Local Finance Bureau who committed suicide in 2018, to have written down the sequence of events that led to his falsification of official documents concerning the sale of government land to educational institution Moritomo Gakuen.

The Akagi File, as his compilation is known, reportedly contains attachments of email exchanges between the Finance Ministry and its Kinki bureau.

After refusing to even acknowledge the Akagi File for a year, the ministry on May 6 finally said it will disclose the file to the public.

The ministry probably hoped to keep it under wraps for good. But Agaki's widow, Masako, took the case to court, and the court urged the ministry to surrender the file.

Government officials serve the public, and public documents are the people's assets.

But for far too long, it has felt pointless to even mention this principle in Japan.

Everywhere, bureaucrats were expected to anticipate what the powers that be wanted done, and carry out their wishes without being asked. And not taking official documents seriously became routine.

This atmosphere prevailed during the years of the Abe administration, and it may well have been carried over into the current administration of Prime Minister Yoshihide Suga.

Akagi tried to serve faithfully as a public servant until the end. Any attempt to tamper with the Akagi File must not be tolerated, including blacking out parts to hide the truth.