Ikee perplexed by tweets asking her to oppose Olympics 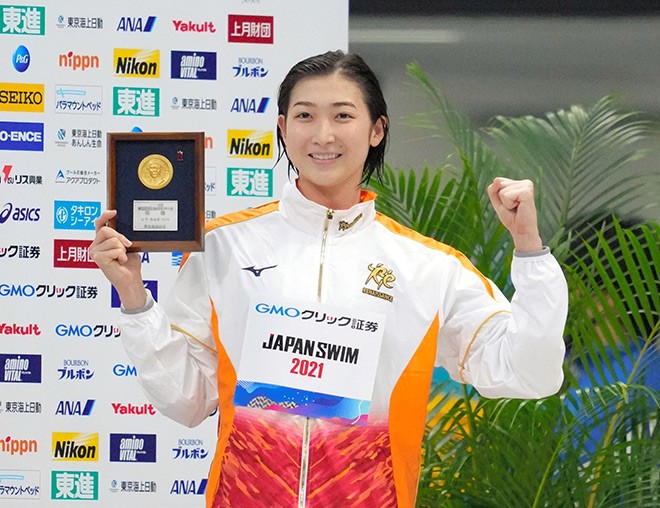 Japanese swimming sensation Rikako Ikee has asked fans to stop sending her tweets urging her to come out in opposition to holding the Olympic Games in Tokyo this summer.

In a May 7 tweet, Ikee, 20, said she had received several tweets asking her to decline being chosen for the Japanese Olympic team or stand up and announce her opposition to holding the event in July.

Ikee is a hugely popular sports figure who is recovering from leukemia. Her daily battle to overcome the disease won her massive admiration across the nation.

“I think it is unavoidable and only to be expected that there are many people calling for a cancelation of the Olympics given the novel coronavirus pandemic,” she tweeted.

Ikee, pointing to her own diagnosis of leukemia in February 2019, added, “Even if the Olympics are not held, I spend every day concerned about the risk of infection since I have a pre-existing medical condition.”

She went on to write, “Even if people ask me to state my opposition, there is nothing I can do to change the situation.”

Ikee closed by saying: “I strongly hold along with many others the feeling of wanting to change as quickly as possible the pessimistic mood in society. But I find it very painful that individual athletes are being asked to do that.

“I hope that everyone will warmly look over not just myself but all athletes who are doing their best regardless of what the eventual situation turns out to be.”